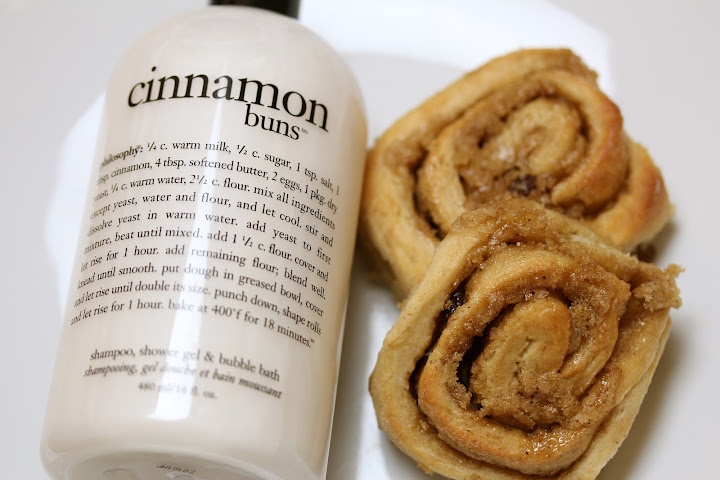 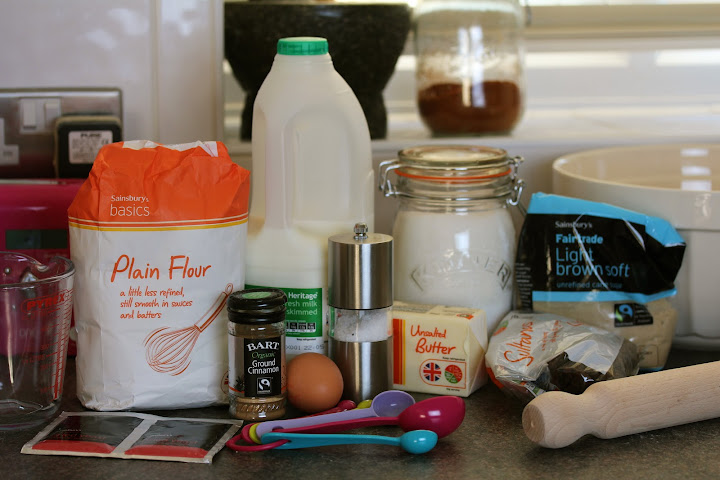 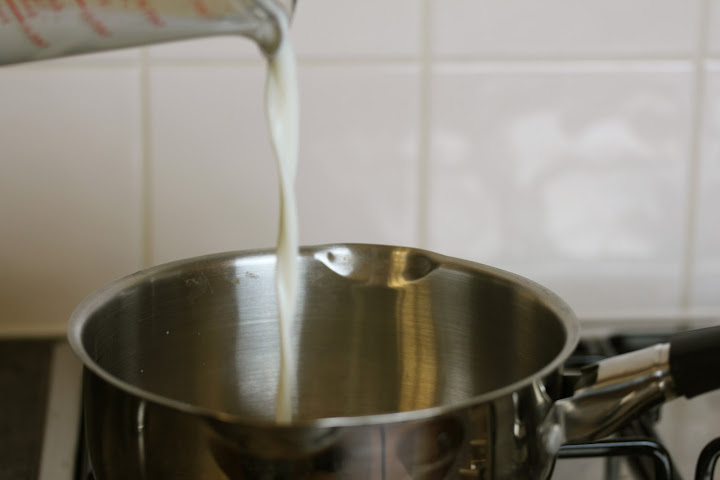 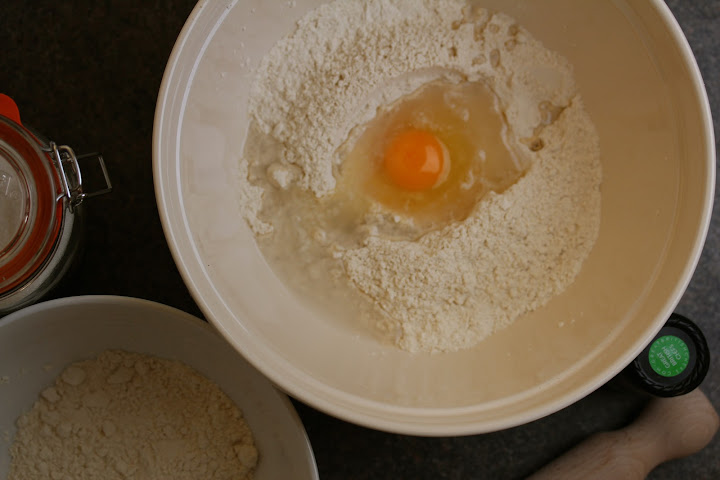 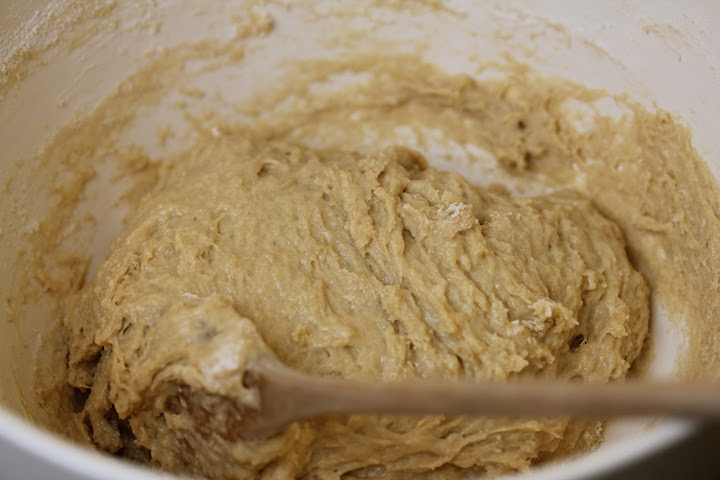 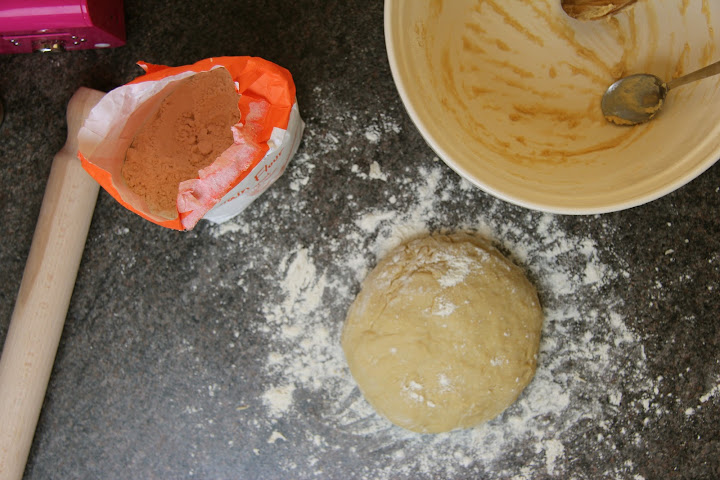 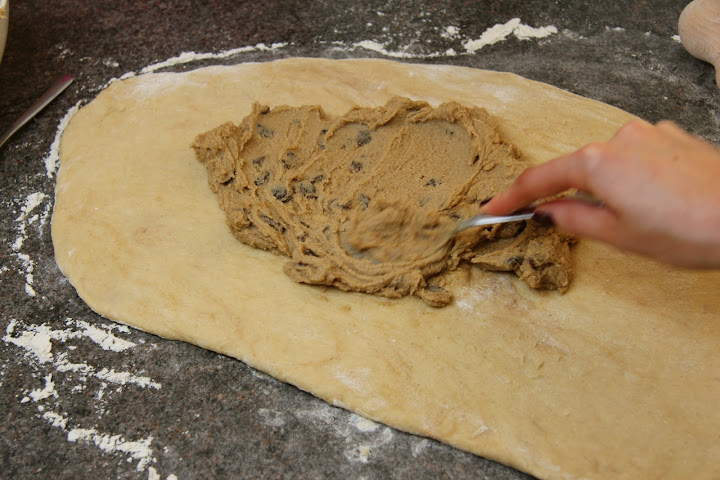 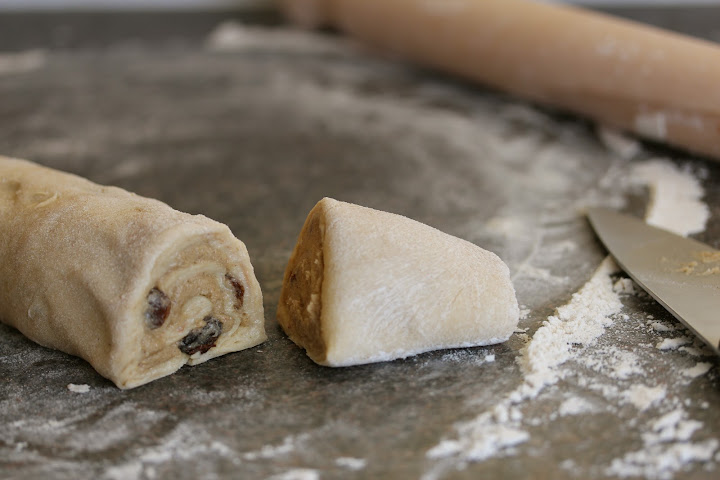 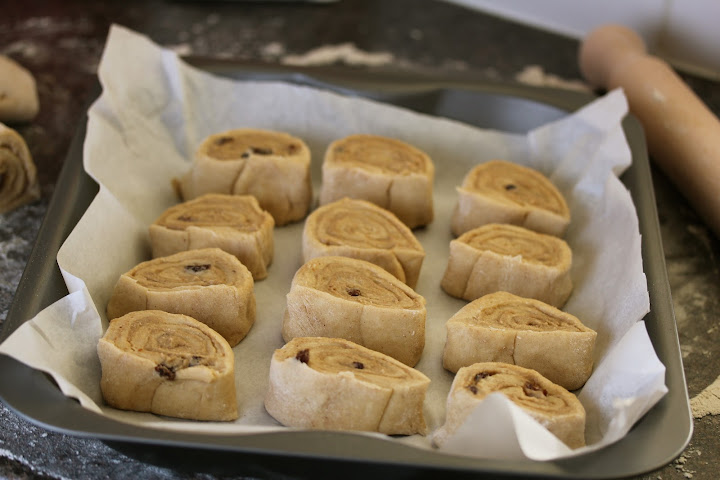 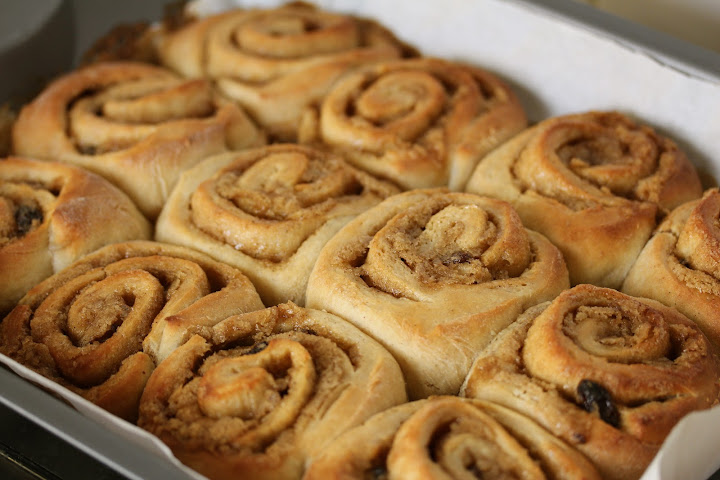 This weekend I thought I’d mix it up a bit, quite literally. I’m regularly showing off my baking wares on Instagram (ViviannaMakeup, if you fancy some food and makeup porn) and a few of you asked for them to be leaked onto the blog, but I don’t want to lean away from beauty too much. So I thought I’d incorporate one of my favourite things to bake into a cinnamon Sunday conglomerate – a kitchen marathon with the aim to produce seriously spicy cinnamon buns followed by an equally satisfying bath with Philsophy’s Cinnamon Bun Shower Gel, and I can confirm that the two smell pretty darn similar. This recipe isn’t too tricky – hey, if I can make it and the results are half edible, then anyone can – but put aside a good hour or so and get your GBBO cap on. And no it isn’t the recipe on the front of the Philosophy bottle, however convenient that would be, it’s based on this recipe. First up ingredients…

Firstly take your 55g portion of butter and milk into a pan and slowly heat until the butter has melted. Allow to cool and gather the flour, yeast, sugar, salt and mixed spice into a large bowl – then add the water, egg and milk/butter mixture and mix until you’re left with a sticky dough texture. Up till now? Simples, but it’s about to get messy. Flour a surface, splodge out the dough and knead for about 5 minutes. You might need to throw on a bit more flour here and right about now is the time that I start feeling like Jamie Oliver and attempt to throw the dough around like it’s a pizza, it’s not, concentrate Anna. Once it’s looking a little more smooth, place back in the bowl and cover with a damp cloth for 10 minutes.

While it’s doing whatever it’s doing, soften the rest of the butter in the microwave for a few seconds then add the brown sugar, cinnamon and sultanas to make your tasty cinnamon saucy bit that will whirl through the middle. Then remove the dough onto a floured surface again, roll out into a shape as close to a rectangle as you can get until it’s about 5-10mm thick (wine bottles come in very handy for this bit!). Layer on your filling and then gently roll the dough until it resembles a big fat swiss roll. Chop into 1 inch slices and arrange in a greaseproof-paper lined roasting tray (I’ve found this to work pretty well), and recover with a damp cloth for another 30 mins. Preheat your oven to 190Â°, then throw them in for around 20 mins. Allow them to cool (just a bit), then erm, EAT!

I’m not sure Paul and Mary Berry would be the biggest fans, but they’re just fine for me. So let the cinnamon fest begin; I’m legging it off to run a cinnamon-scented bath with a cinnamon bun in hand. Lush. 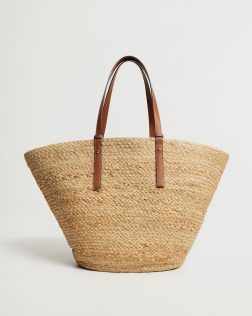 I have a similar style bag and it comes in so handy for the summer. 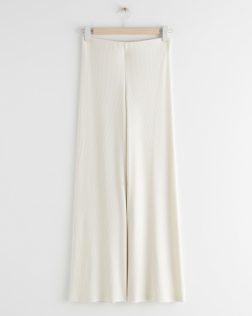 Just to say that these are super, super comfortable and all I wear right now. 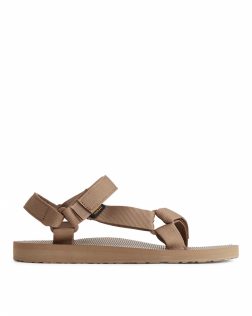 The original style of Tevas in a beige brown shade?! Oof, I am SOLD. 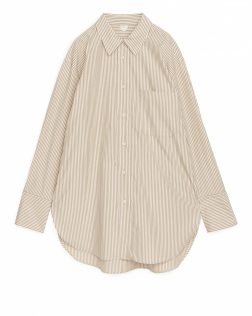 I am OBESSED. I have this shirt in the white, black and now this. 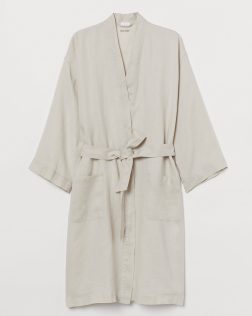 I’ve just picked this up and I’m ready to retire my fleece number for the summer. 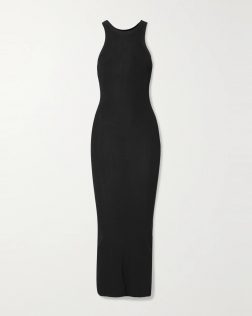 A pricey piece, but it’s such a good investment and so good for layering. 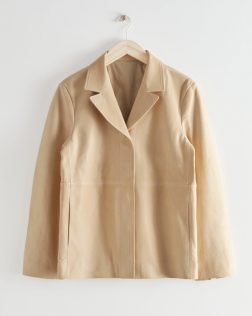 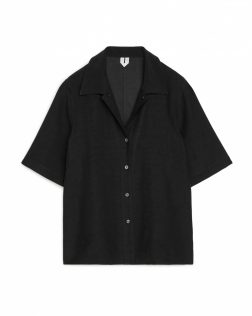 I always call this type of shirt, a bowling shirt and I find myself reaching for it loads.