The Best Beauty Discoveries I Made Last Year

(I tried to just pick five but actually it’s more like eight, oops) 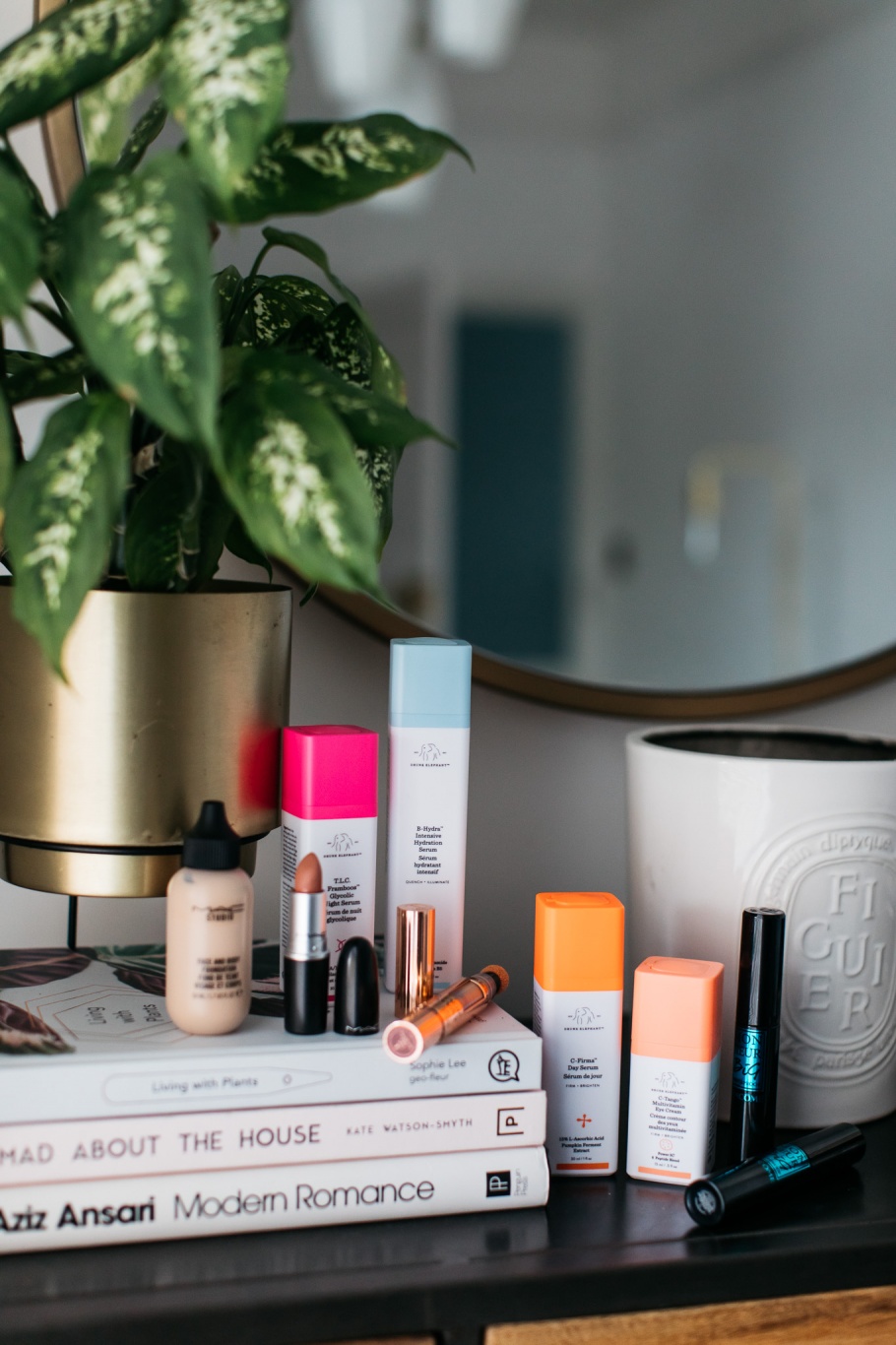 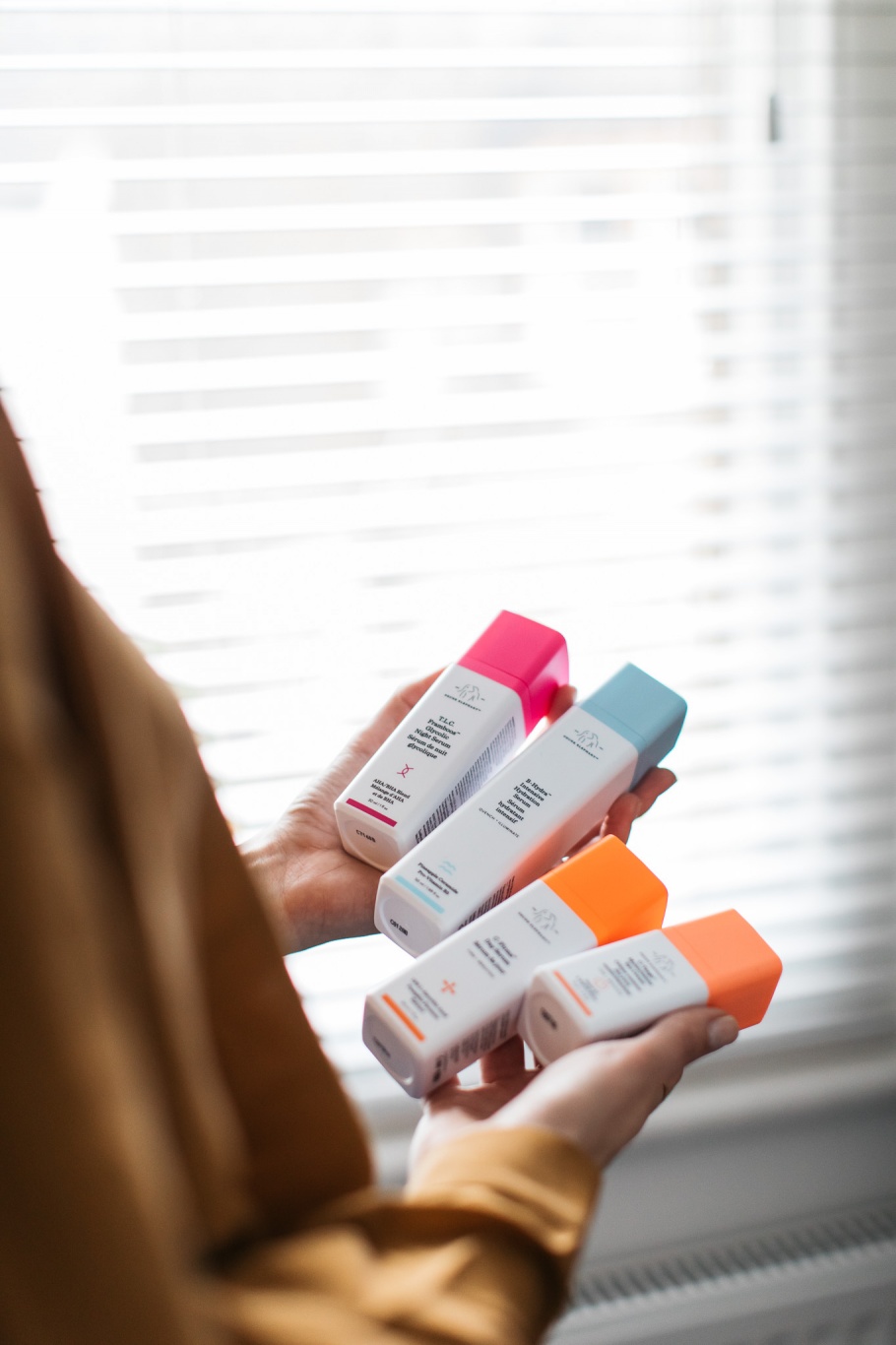 If you spotted my 2018 Makeup Favourites video then you would have seen my 24 faves from the past 12 months, which I promise is slightly more enthralling than it actually sounds. But what if I had to pick my favourite favourites? And only things that I’d actually discovered in the last year? And I could only pick five products?!

Well, yeah that didn’t happen did it? I did however manage to narrow it down to eight things, which actually is more like five because one is more of a nod to a brand as a whole. So that works, right? I thought it might be interesting to hone in even further and get the magnifying glass out on the real highlights that when push came to shove, that I’d recommend of my favourite beauty discoveries of 2018. Get your guesses in now and DON’T make a drinking game out of this… 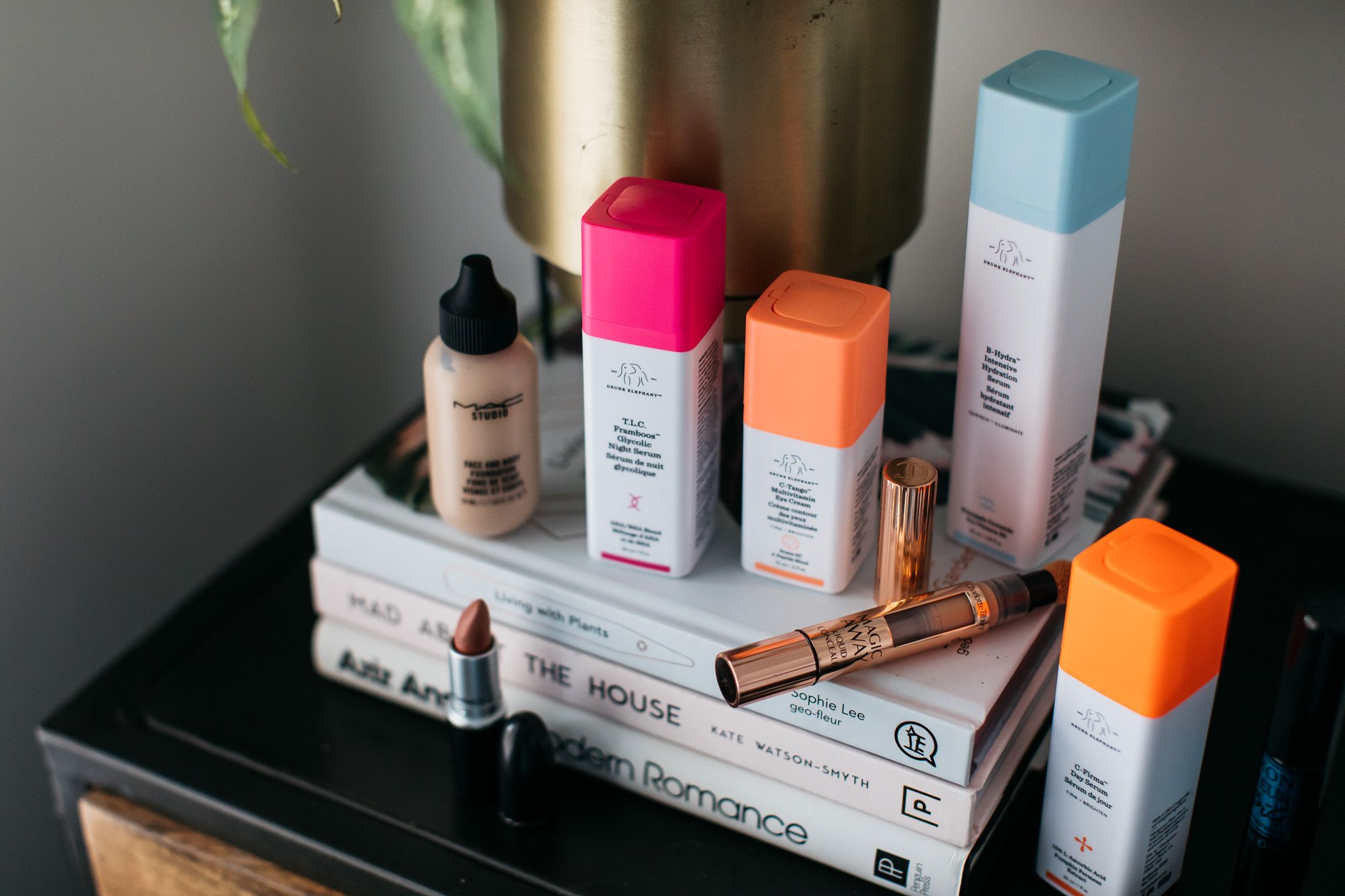 Drunk Elephant Skincare. My skin come the end of 2018, was the best it’s been in a long while. Minimal pimples and congestion, redness reduced and it looked and felt juicy, plumped and moisturised (now if only I could jade roller away my double chin). I played around less with my skincare last year and my complexion has thanked me for keeping things simple. I’ve tested products over longer lengths of time and have continued to use products that I get on with, instead of unnecessarily swapping them out for new items. The exception to that rule is Drunk Elephant, which entered my life late summer and has stuck around ever since. Some products are not for me *raises up arms in a cross at the thought of a solid cleansing bar*, but others have been game-changers. The two that fall into that category are the C-Firma Day Serum and the T.L.C Framboos Glycolic Night Serum. I’ve never stuck so solidly with a vitamin C or a glycolic-based serum and I’ve seen incredible results from both. I mix a pump of the former with the hydration serum every morning and apply it before SPF and I do exactly the same with the latter in the evening, instead following it with an oil. Both products have the potential to be irritating or just a faff to apply given the key ingredients, but both are a dream. The two standouts for sure. Other notable mentions have to go to the B-Hydra Intensive Hydration Serum that does what it says on the tin, and the C-Tango Multivitamin Eye Cream, which is one of the very few eye creams that I’d put on the ‘eye creams I’d repurchase again‘ list.

MAC Face & Body Foundation. I’ve used Face & Body intermittently throughout the years and if I’m honest I’ve never been too much of a fan. I think I must have still been at University when I first tried it and the lack of coverage just wasn’t my thing as I was still coating my face in Studio Fix Fluid daily. When when I gave it a go in my mid-twenties it broke me out in a rash that felt like I had stubble all over my face. Nice. In recent years it’s had a reformulation and that coupled with Allana’s constant ravings put it back on my radar, and I’m glad it blipped back on. Face to face this water-heavy tinted moisturiser looks glorious on the skin. It starts off runny but as you blend it it stiffens, creating a film-like light coverage on the face which is undetectable and takes on the texture of whatever you applied underneath, but doesn’t budge. It’s pretty unique in that way. In photos and on video though? WOW. It’s stunning. As vain as it sounds, videos where I’m wearing this are my favourite. LOLZ. I use C2 in the summer and C1 in the winter and mix the two for the annoying in-between months. Next time I’ll just go balls out and buy the big bottles which are much better value. 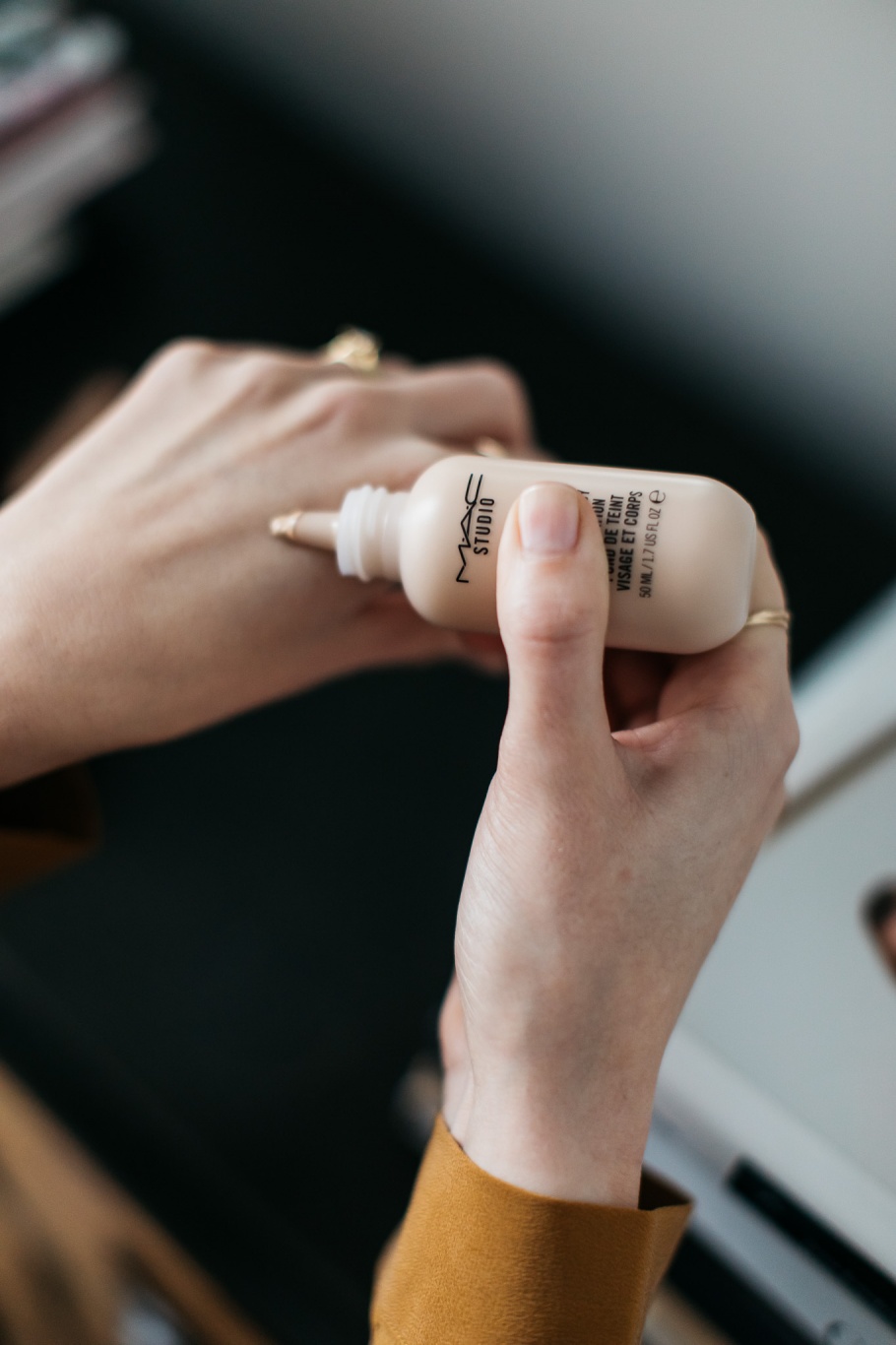 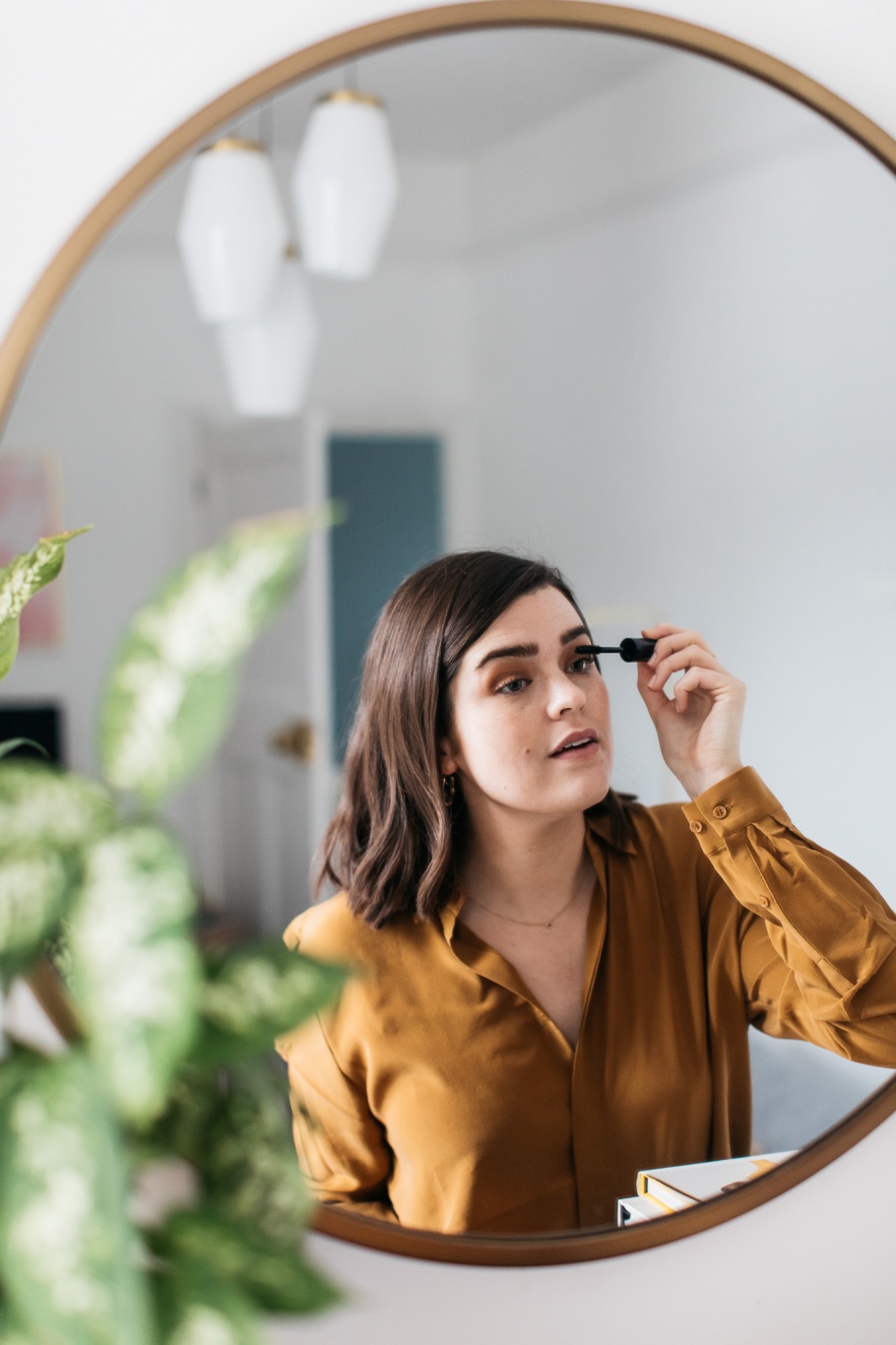 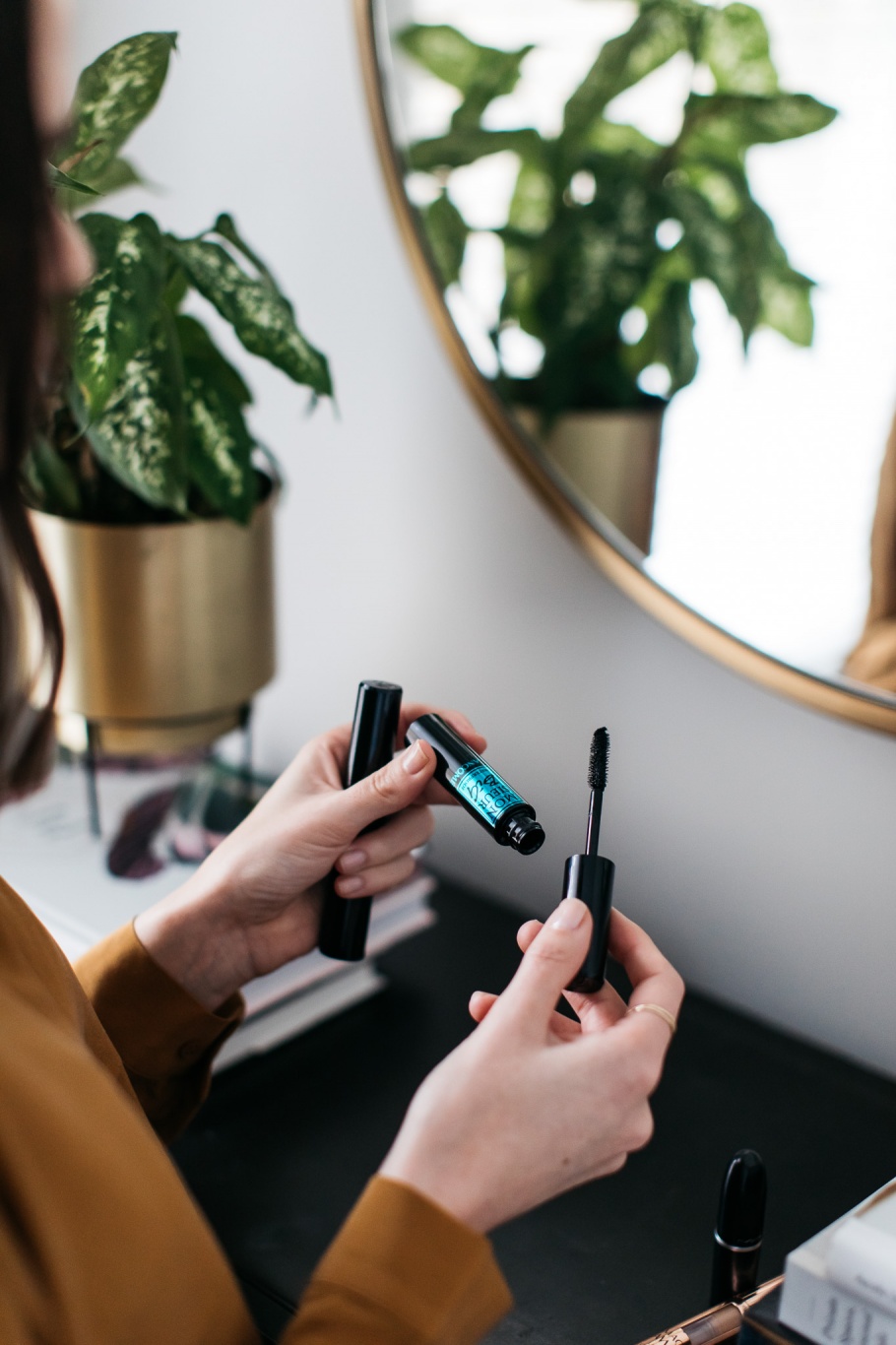 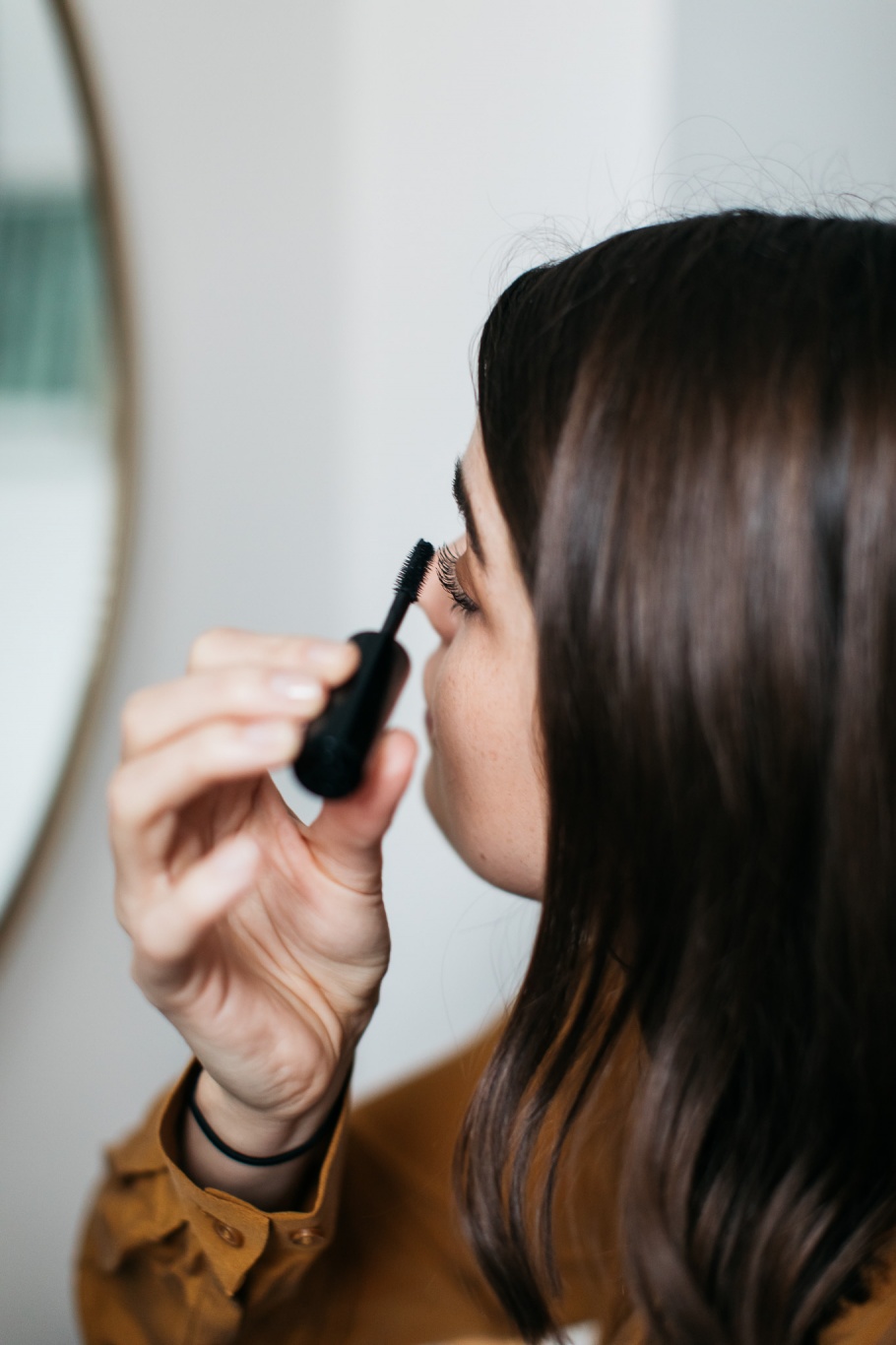 Charlotte Tilbury Magic Away Concealer. I’ve been pretty stuck on my Glossier Stretch Concealer since I first gave it go around September 2016 (this blog does come in very handy as a makeup diary you see). There’s something about the tone in the Light shade that brightens to just the right level and gives a glossy light-to-medium coverage that never bunches up in my dehydrated under eye area. However, this stuff is something else. It’s just as hydrating under the eyes, but migrates less and gives a hella load more coverage. It’s pretty special. I have the shade 4 for the summer and 3 for the winter. The only downside is the sponge tip applicator which is ultimately a bit grim and makes it tough to dispense product; put it in a tube and I’d buy a lifetime supply. I’ve yet to meet one person I’ve recommended it to that disagrees with me on how life-changing this concealer is.

Lancome Monsieur Big Waterproof Mascara. I’ve been bereft in the mascara department ever since the L’Oreal Telescopic Waterproof Mascara was discontinued about five years ago now. I often wonder whether I’d still like it? Have I romanticised it? Would I laugh now as it coated my lashes in a clumpy tarmac-like layer, or would it be just as magical as I remembered it? A plastic tight-bristled comb that gave curl, volume and length to my lashes, I just haven’t found anything like it since. However when I spotted this in my local Boots early last year, I grabbed a tube and instantly knew I was onto something. I’m now two tubes down and have the travel miniature in my suitcase ready to go. Now like I said, I honestly can’t remember what the L’Oreal was like so I can’t compare, but perhaps this is actually more akin to the type of formula I enjoy at this point in my life. Something that still gives volume and length and holds a curl (FYI waterproof mascaras hold a curl thanks to the high waxy ingredient content), but in not such a ‘HELLO I’M WEARING MASCARA, CAN YOU SEE MY LASHES IF YOU STAND 500M AWAY?’ way as I previous adored. Anytime I’ve strayed from this in the past 12 months, I’ve always come back. 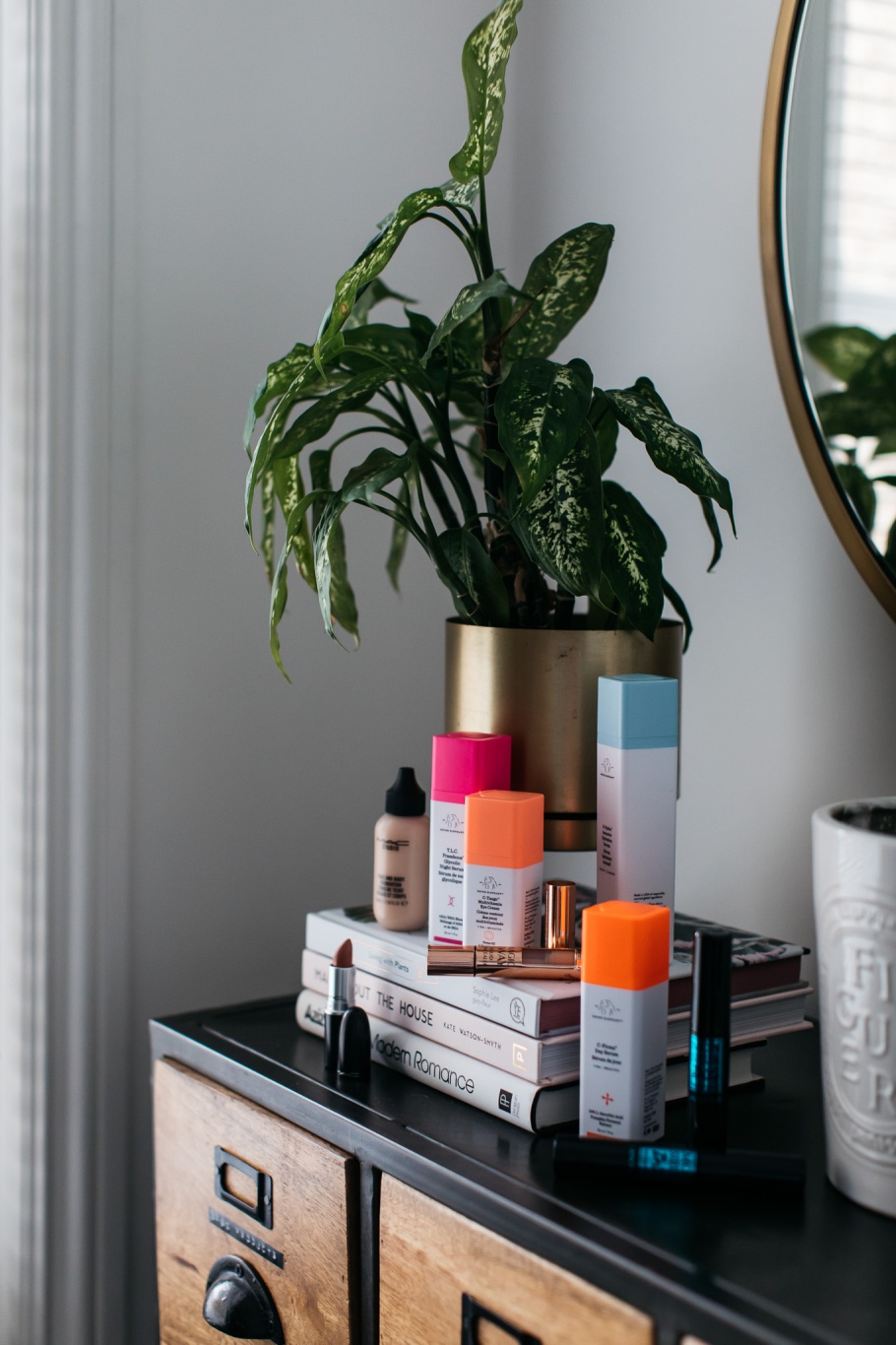 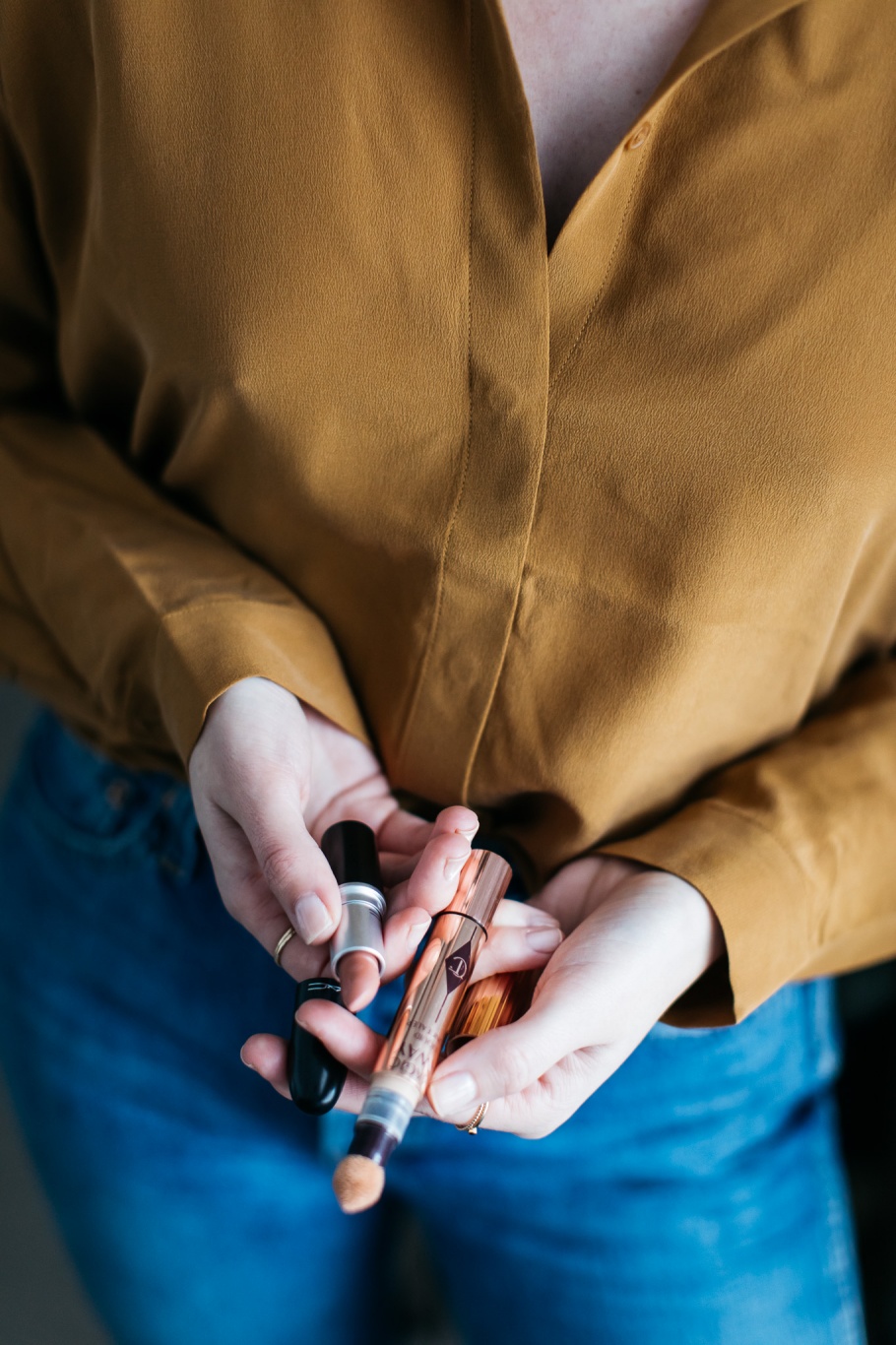 MAC Lipstick in Yash. Sometimes the best beauty discoveries happen when you’re not even looking for them. Last summer Lily and I were trying to kill an hour in Spitalfields. We found ourselves in MAC and after having a lipstick swatch session like the good ol’ days, Lily came over to show me this shade. I swooned over the creamy peach-toned beige, popped it in my basket and didn’t realise that I’d just purchased what was to be my most-worn lipstick of the year. For me Yash is the mood ring of nude lipsticks. Sometimes I apply it and it looks more like a brown hazelnut on my lips, other times it’s straight up peach and when you catch it in some lights it’s more of a nude coral. Whatever shade it applies on the day, I always like the end result. It’s also a matte finish which is something that I’ve really been into this year. Whereas I like my skin completely dripping with glow, for lips the more shine-free the better. I’m not looking for things to be powdery, just more emulate the nature texture of my lips rather than add anything or take it away. So the comfortable flat-ish finish and the peachy nude tones make this an all-round winner for me. 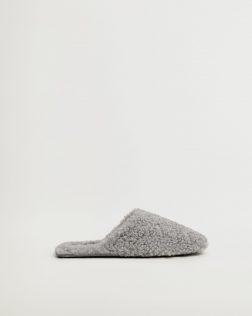 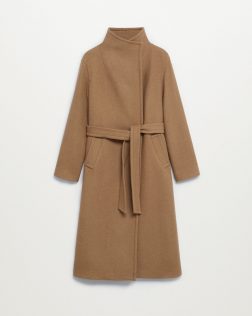 A coat that’s in a very similar style to my Toteme Annecy one. 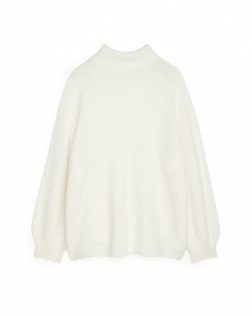 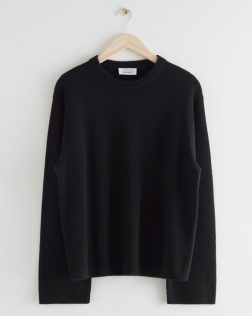 A big, super cosy, fluffy jumper – what’s not to love about this? 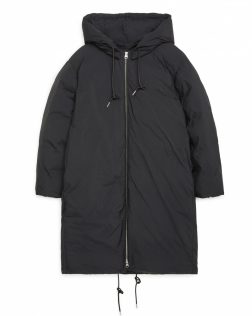 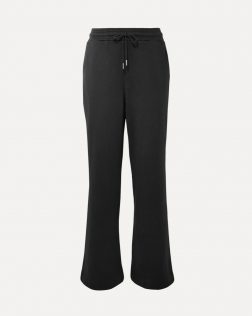 With a slightly flared appearance, these look more like your average trouser. 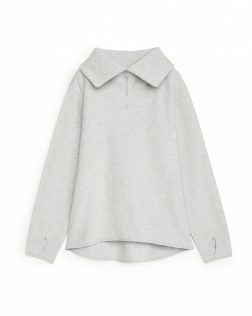 Fleeces aren’t just for your Dad! Oh no, I love this half-zip style. 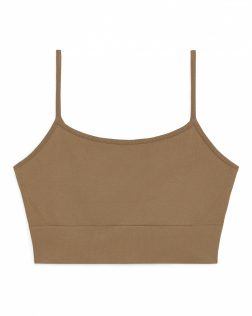 These make a great option for a comfy stay-at-home bra I’ve got to say. 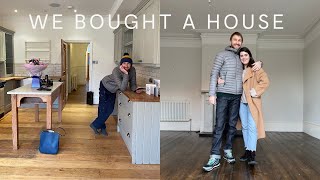 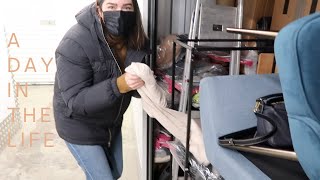 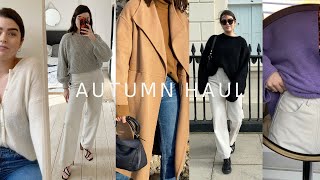