a.k.a) The one where I drink lots of Sangria for ‘research’… I’d say my own spontaneity is usually characterised by picking up a Crunchie instead of my usual bag of Dairy Milk Chocolate Buttons on the way back from the station. Wild. Staying up past my bedtime to watch First Dates on TV because I love the live tweeting. You get the gist. So our last minute trip to Barcelona was a bit out of the norm for Mark and I. With Mark having a week off work we decided to make the most of it and spend four nights away in Barcelona. A city that neither of us had visited before and everyone had told us amazing tales about.

After checking it out for ourselves I can say that these raves are completely justified. Barcelona has it all, from a sunnier climate and a beach front to aesthetically pleasing architecture galore and food that makes you regret just bringing jeans for your bottom half – WHY DIDN’T I PACK LEGGINGS? That’s the thing, there is so much to see. It’s definitely one of those places that you could visit half a dozen times and still have things on your to-do list. We’ll be back for sure. When the Sagrada Família is finished, I’m there. Until then, here’s a whistle-stop city guide… In terms of actually getting there, we found bargain flights on Easyjet that got us there and back for around £100 each. Big love to Skyscanner once again for coming up trumps. Getting from the airport to the centre of town didn’t look like the easiest thing on the train and the queue for the bus (the Aerobus looked like the most popular one) was long, so we hopped in a taxi which cost us around €30 to get us to our hotel. Be warned though, if you book a cab back to the airport on your return they whack on around €10 of ‘supplements’ for a pre-booking fee and the fact you have suitcases. Lovely.

We stayed in the beautiful Praktik Garden hotel which I would totally recommend. We had a garden room, which meant that we faced onto the terrace, instead of the street so it was nice and quiet. The rooms weren’t huge, but they were clean and a bit of an Instagram dream. It was a one minute walk to the nearest metro and pretty walkable anyway from all the big sights in the centre of town.

I have a friend who claimed that she walked the length of a marathon during one day in Barcelona. It’s true what they say – bring comfortable footwear. Now we didn’t reach marathon-like lengths during our visit, but we did walk, a lot. Most things tend to be within a walkable distance and often, whilst checking Citymapper, it was just five minutes longer to walk instead of getting the metro. So we chose to go for a wander and soak up our surroundings. We did use the metro a fair amount though and found the Hola BCN! ticket to be the best deal. They offer unlimited travel on the buses, metro and trams for 2, 3, 4, or 5 days, depending on the length of your stay. If there was one thing that we were inundated with when we mentioned that we were going to Barcelona it was food recommendations. There were tweets, essay-length text messages and scraps of scrawled on paper shoved our way. We only just managed to scratch the surface, but for breakfast we found some absolute gems. Milk is a popular spot in the Gothic Quarter, that’s basically TripAdvisor famous. The brunch was delicious and the wait not too horrendous as there were only two of us. Mark found Granja Petitbo as it was pretty close to our hotel and we stopped off there on our way to the Sagrada Família. You see the pancakes above? Need I say anymore? If you’re after a quick and light breakfast then I’d recommend Satan’s. I think there’s two in the city, but the one in Casa Bonay was a two minute walk from our hotel and delivered on the coffee and croissant front. Speaking of Casa Bonay, it’s a fab hotel/restaurant/coffee shop/bar/book shop combo that had a very cool bar in called Libertine. It felt like you were in a film and the barman made me one of the best Amaretto Sours I’ve had in my life.

For lunch we stopped by one of the branches of Bacoa, a chain that exists in both Barcelona and Madrid, and let me tell you the burger I had there was utter perfection. Mark and I didn’t talk for a solid 10 minutes as we chowed down. Casa Delfin was a fab anytime tapas spot that we found whilst in the Born district of the town. I highly recommend the Tuna. I could have ordered it twice.

On the subject of tapas, literally everyone suggested Cervecería Catalana. We prepared ourselves for a long wait, but managed to get seated in 10 minutes – score. My tip here would be to get there early-ish (I think we rocked up about 7pm) and ask for the Pan Con Tomate; tomatoes smeared into toasted bread and drizzled in olive oil. I could eat three plates of the stuff. Flax & Kale was another recommended favourite and it was delicious. All healthy fare, with plenty of vegan options on the menu too. I’d say it’s a great place to head when you feel like you’re carrying a bread baby and need something fresh and light. The Black Cod was insane. I’m not quite sure how to put this section into words without it being 20,000 words long. Basically there are a lot of things to explore in Barcelona. We decided to draw up a little Gaudí fangirl tour for ourselves and as a bit of a starting point I’d suggest booking onto one of the Runner Bean Tours (although you can just turn up at the meeting spot too!). We did the Gaudí free walking tour and I couldn’t recommend it enough. In 2 ½ hours we saw four of his buildings and from that we were able to scout out what ones we’d like to go back to and visit inside. The guide was hoot and at the end of the tour you just pay what you thought the tour was worth.

Continuing on our Gaudí fangirl tour I’d highly recommend a visit to Park Güell and La Sagrada Familia. The park is beautiful and can easily turn into a whole day out if you stop to take pictures every two minutes. Comfortable footwear is a must here and it might be worth bringing some food along as the only food stall was in the ticketed section. I’d say that it wasn’t essential to get a ticket to the restricted area as there isn’t much there that you can’t see from the front entrance, although the gardens were beautiful. Take the paths up to the higher ground for some amazing views over the city. Then La Sagrada Familia speaks for itself. It’s breathtakingly beautiful and the inside wowed me so much I might have had a little tear in my eye when I walked in. I’m so my Mother’s daughter. Definitely pre-book tickets here before you go, or before you get to Barcelona even, as it’s absolutely banging in the ticket office.

Non-Gaudí related things I’d recommend doing are exploring the El Born part of town (more on that below), heading to the Parc de la Ciutadella whilst you’re there (the fountain is stunning and apparently Gaudí may have been involved in the designing of it), visiting the waterfront (just to ogle at the ridiculously big boats) and going to Barcelona Cathedral (which has great views from the top). We actually didn’t go shopping at all during our three days there, but there were some pretty nice interior spots and a really cool looking Korean beauty shop right by our hotel that if we had more time I would have loved to have gone in (check out Art & Co and MiiN). The El Born district of town looked like a great place to have a snoop around too with lots of antique stores, jewellery shops and vintage spots; all nestled beside the Parc de la Ciutadella and some great tapas places. That sounds like a fab afternoon right there.

So, Barcelona dissertation over. Here’s what we got up to, all squished in to a eight minute long video… 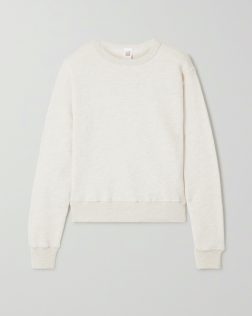 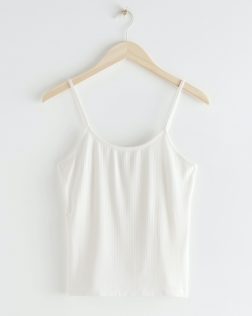 A simple vest top – love a ribbed texture for a twist. 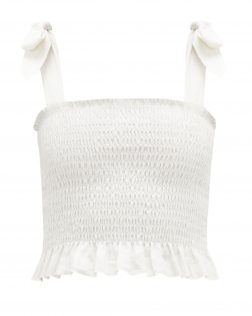 I would add anything from this brand into my basket. 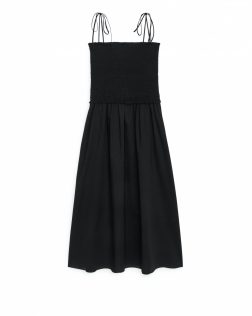 One of those ‘I WANT TO FEEL NAKED’ dresses. 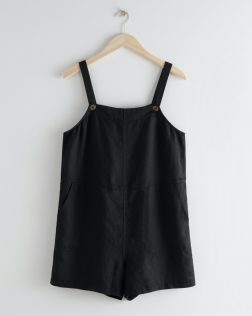 If this ever comes into stock in a M, it’s mine. 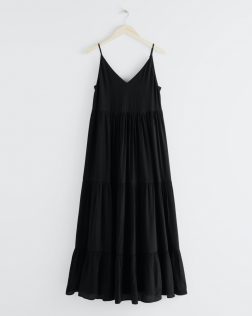 Love the style of these super drape-y maxi dresses. 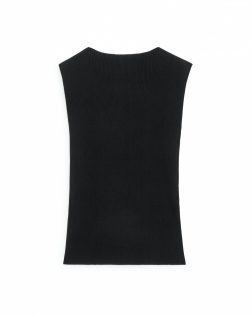 So, *so* chic. With trousers, jeans or denim shorts. 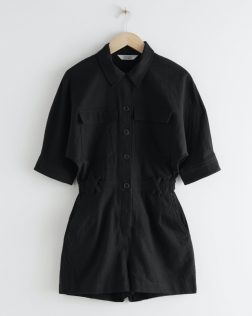 How bloody brilliant does this jumpsuit look?!?