Five Things You Don’t Need In Your Makeup Collection

…even though parting is such sweet sorrow You guys know that I’m a bit of a fan of clearing stuff out, much to the disgust of Mark – my other half who possesses serious hoarder tendencies. To be fair we’re the perfect pair because without him I’d probably have thrown the TV remote control in the bin because I thought that it was contributing to clutter.

I’ve now trimmed down my makeup collection so much that just the bare bones and real essentials are left. In my latest cull I realised that there were five category that really needed some attention and I have a feeling that there will be many others in the same boat. So today I thought I’d talk through five things that you probably have an excess of in your makeup collection that you might not really need… Foundations. For me this is a bit of a hygiene issue, more than anything else. Depending on their packaging, most foundations are good for six to 12 months and actually when I had a look through my stash I realised that I’d had some formulas for years. A closer inspection revealed them to have separated and have a seriously funky whiff about them, so it was easy to weed out the good and the bad. I’d just suggest having a little riffle through and testing everything out (and giving it a good sniff!). If I had to pick one foundation formula to own for the rest of my life and rule over all others though, it would be the It Cosmetics Your Skin But Better CC Cream.

Eyeshadow Palettes. HA! I think most beauty lovers could easily open their own one-man-band eyeshadow palette shops. I certainly could. Although recently I’ve downsized somewhat and now just have a handful that cater for the same ol’ eye looks that I always enjoy doing – hello neutrals! – I can count them on one hand. One thing that I found useful when downsizing was to get every single eyeshadow that I owned out, be it singles or palettes, and then do a major swatch-a-thon to look for dupes and where I had doubled up in my collection. Overall ZOEVA came out top for the fact that their palettes are top quality, easy to store and have a tonne of colours in each compact.

Eyeliners. When I was having one of my beauty declutters I realised that I had an absolute shedload of brown eyeliners that when I swatched on my hand, they all pretty much looked like dupes for each other. The good thing with testing out liners side-by-side is that you can really get a gauge of the formula and so the ones that wiped away too easily were removed from my collection and the others that wouldn’t budge and were still hanging around after my shower the next morning, stayed. I really like the Charlotte Tilbury Kohl Liners and the ones from H&M as well (plus they are £3.99 – bargain!) Mascaras. This is one of those moments where you have to think back to when you first opened a particular tube of mascara and then shudder when you realise it was three years ago. EWWWW. I try not to have too many mascaras on rotation or if I have a few that I want to give a go I won’t open them until I’m ready to give them my full attention so they don’t go bad before I have a chance to use them up. I currently have two and they are both from Clinique – the High Impact Waterproof Mascara and the Lash Power Mascara.

Lip Pencils. I feel like along with 95% of the rest of the beauty community I had a bit of a nude lip pencil phase towards the end of last year (a.k.a. ‘The Kylie Jenner Effect’). Whilst they do help to beef out my non-existent top lip, I feel like for me it’s just a step too far in my beauty routine and therefore was something that I never really bothered with. So in a recent makeup cull I got rid of basically all of my lip liners except for MAC Lip Pencil in Ruby Woo because when it comes to red they come in pretty handy and it’s an extra step that I’m willing to make time for. Put 30 minutes on the clock, will ya? 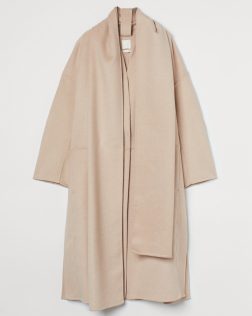 The attached scarf is giving me Toteme vibes you know. 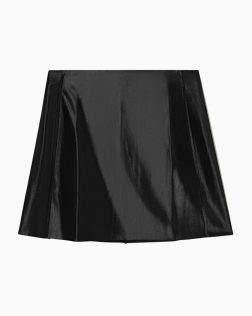 Check out how this is styled online because it’s a delight. 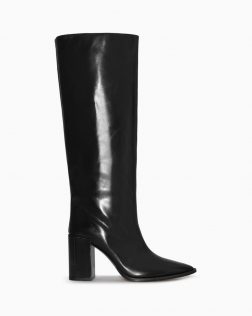 A LBD with knee-high leather boots? I’m into it. 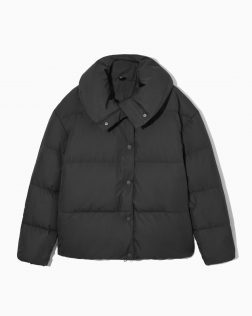 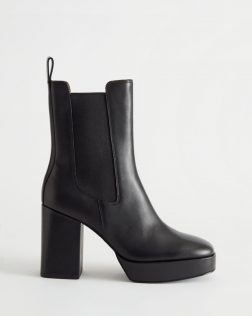 I have to say I’m being quite swayed by the platform trend. 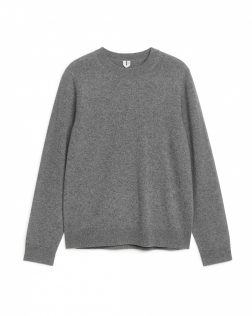 I have this and it’s my most-worn jumper so far this season. 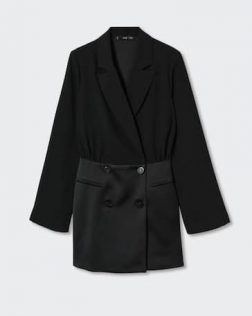 The perfect LBD for the upcoming festive season. 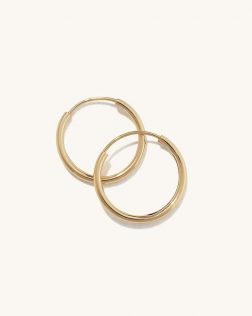 The earrings that I never take off. They are the perfect size too.