The Ordinary Foundations: The Best Budget Base Option 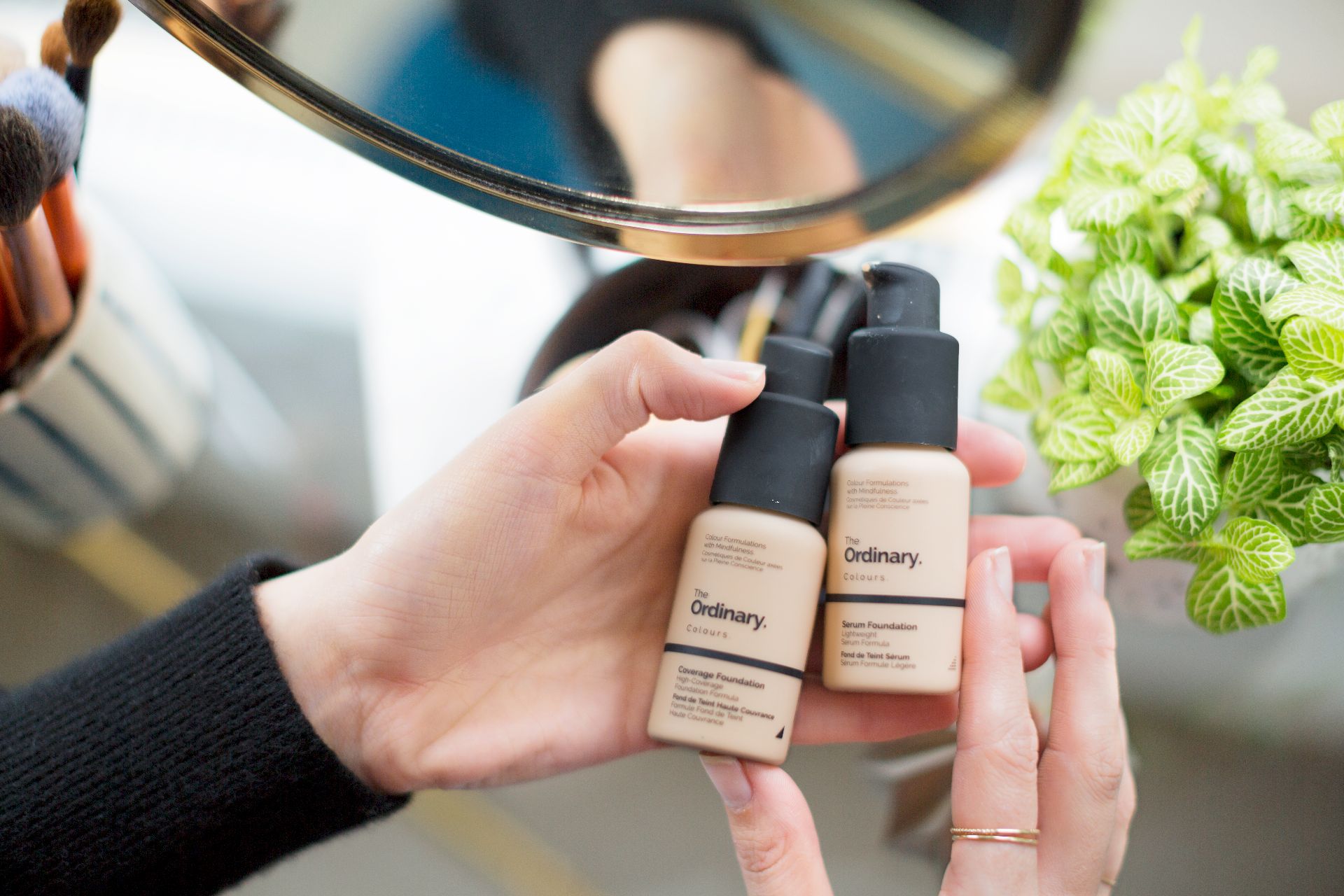 If there’s one brand that has been turning heads recently, it’s The Ordinary. There’s a real backstory to the brand, so I’ll point you in the direction of this post from Caroline Hirons; but the brand basically fills a humungous gap in the industry for high efficacy products without a profit margin that makes consumer’s eyes water, therefore delivering formulas that work with a high-street price tag. I see your tweets asking for a brand overview, but if I’m honest I’m just as confused as you lot. If anyone wants to point me in the right direction of the ‘OMG – HOW THE HELL HAVE YOU NOT TRIED THAT?’ buys, then I’m all ears.

Now available on Cult Beauty, the makers of the brand – Deciem – also have a store in Spitalfields which I visited last time I came up to London and saw Lily. Have a watch of the video below if you’d like to see what else we got up to that weekend, but from the store I did pick up two things thanks to LP’s enabling ways. The skincare line is vast and seeing as I currently have SO. MUCH. SKINCARE. that I need to use up (I’m looking at you Glossier), I saved those purchases for another time and instead hauled two foundations, because of course one just wasn’t enough… 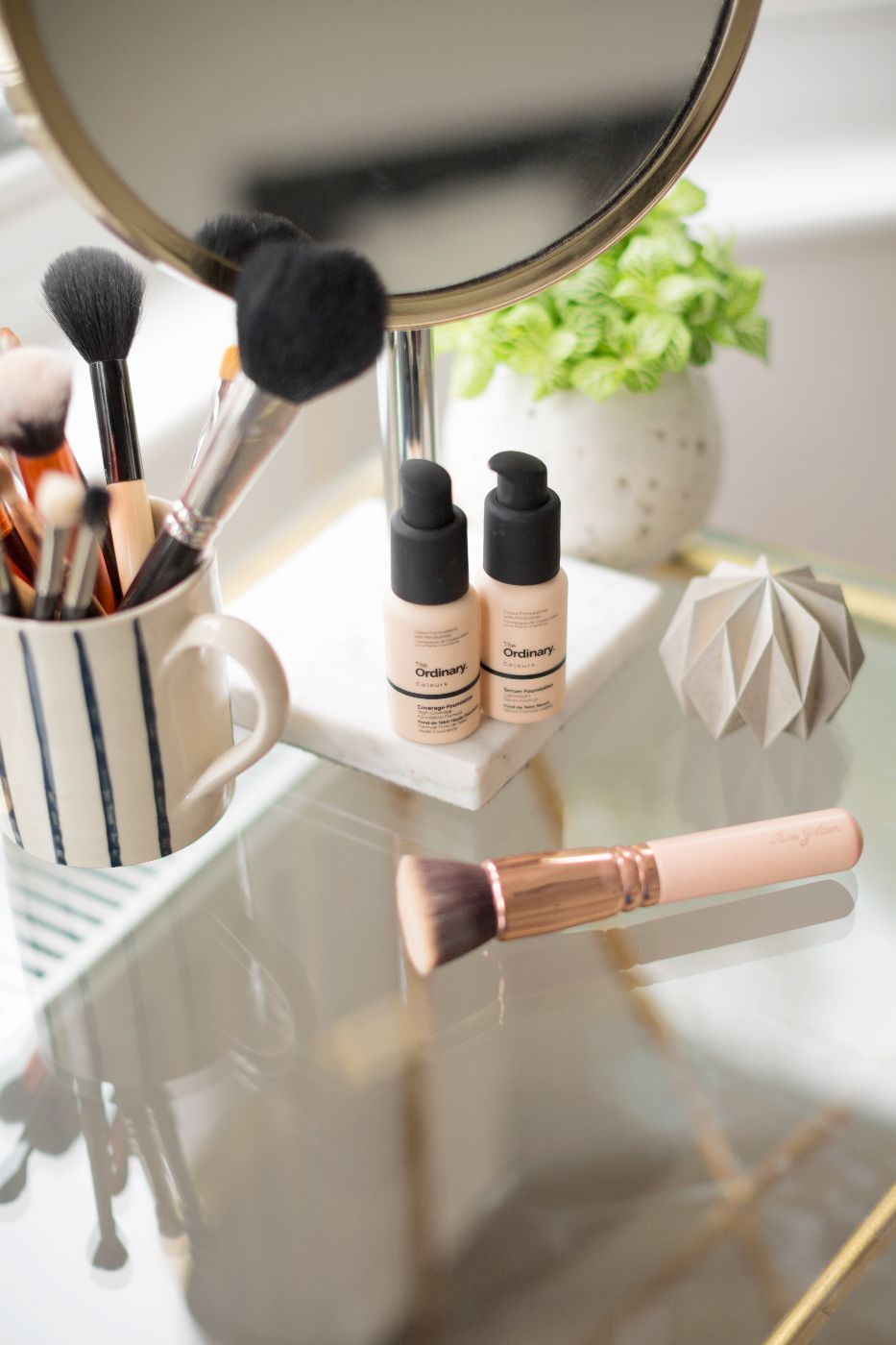 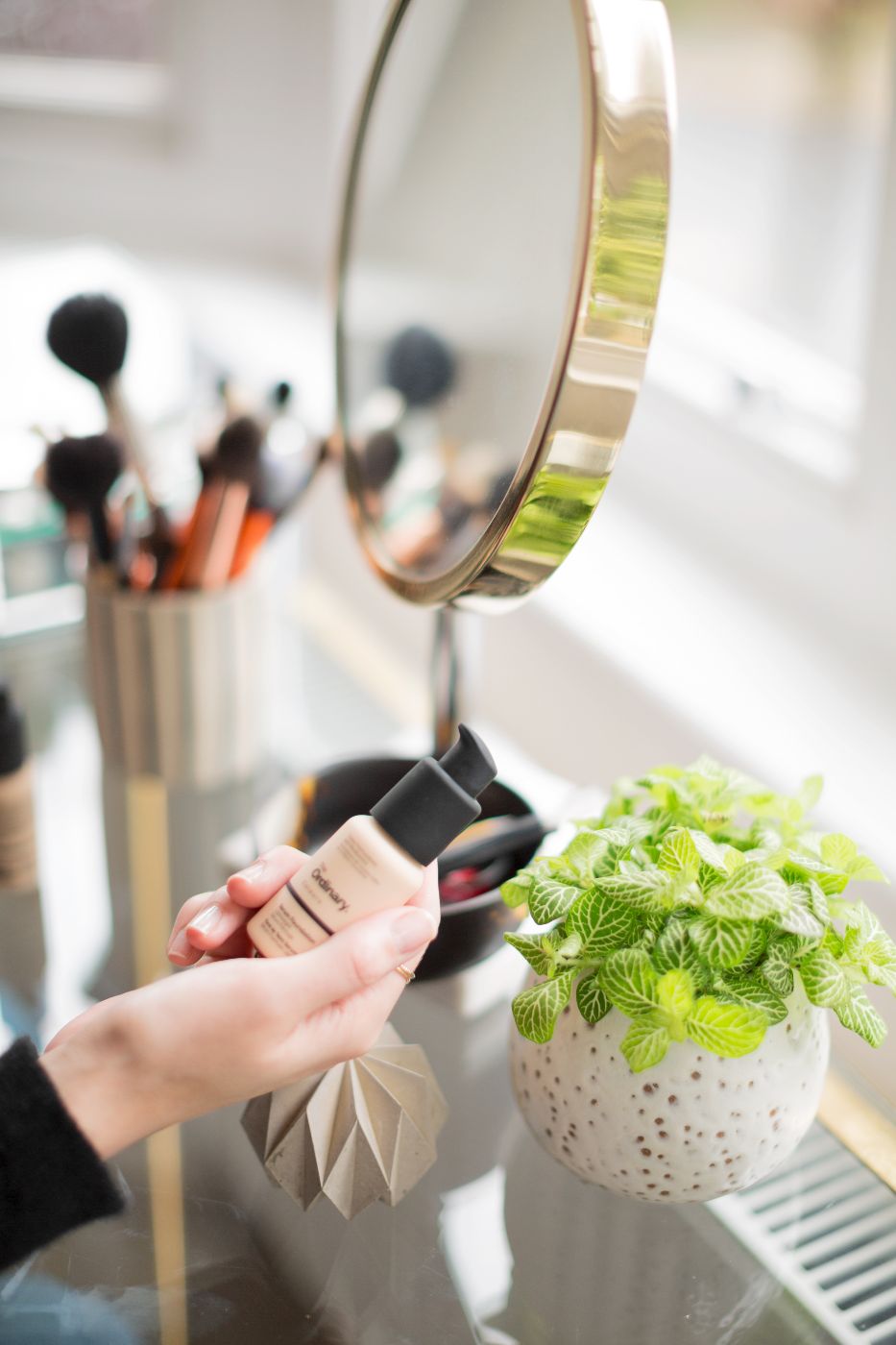 The two foundation formulas launched at the beginning of the year and everyone went nuts for them. One – because the Serum Foundation costs £5.70 and the Coverage Foundation just £5.90, and there isn’t much else out there that exists on the market in that price bracket. Two – because the shade range is pretty good. There’s still some expanding that could be done at the deeper side of the shade range, but they do try and cover all bases when it comes to undertones.

When you’re new to a range it’s a little perplexing getting to grips with the shade set-up so you don’t go home with a bottle of foundation that’s going to transform you into an Oompa-Loompa in one quick swipe. In the end I did it probably, swatching the colours on my neck and going into daylight to assess the situation in a mirror (FYI I never do this because I’m lazy, so I felt ridiculously proud of myself for doing so). In the end I went for 1.2N in both formulas (there’s a slight difference between them, but it’s barely noticeable when it’s on the skin) and trundled home with my new buys. I have to say that I’m pretty impressed with both, although there is a clear favourite which I’m sure will be no surprise. Let me round up my feelings, old skool beauty blog style… 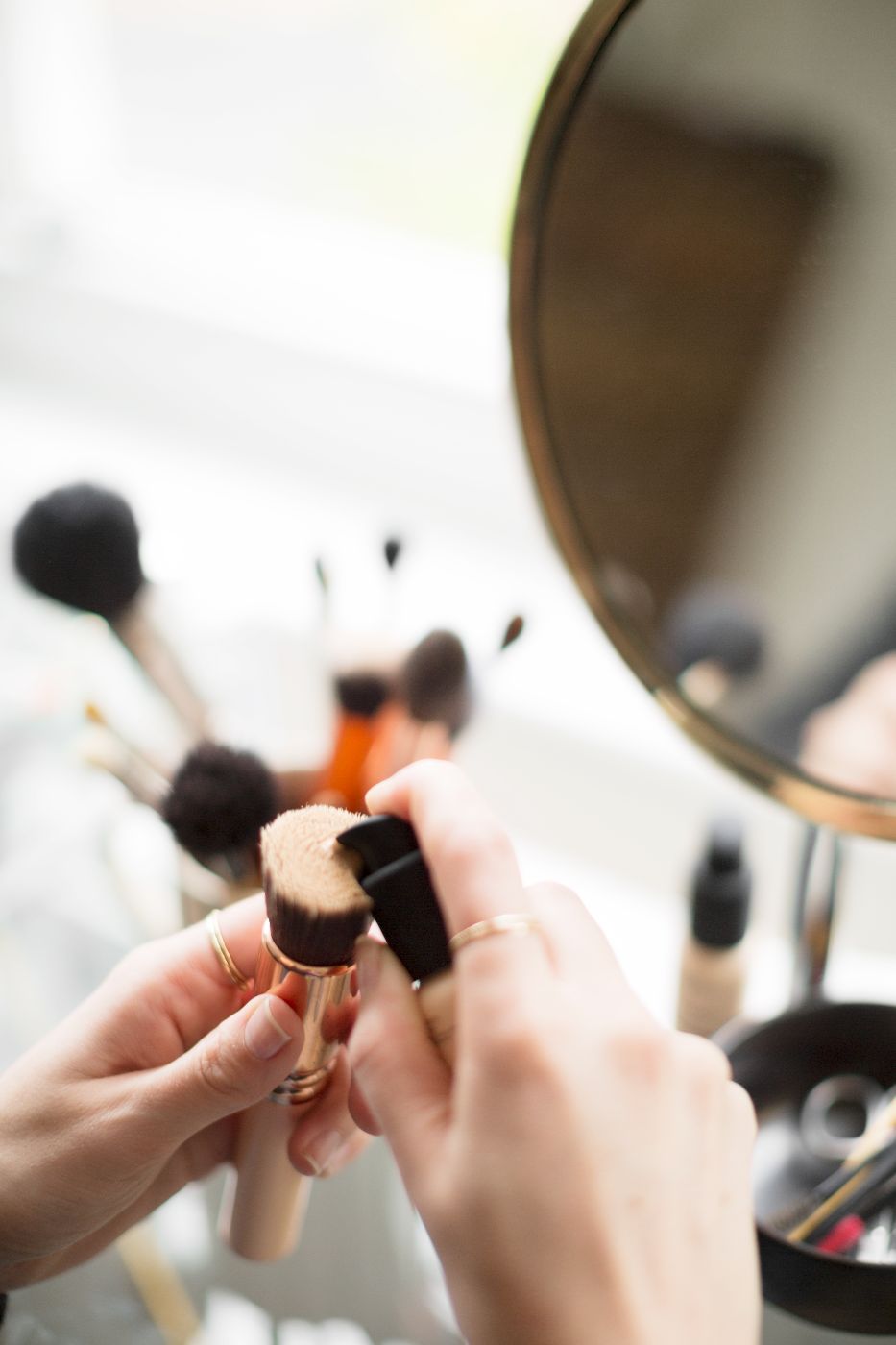 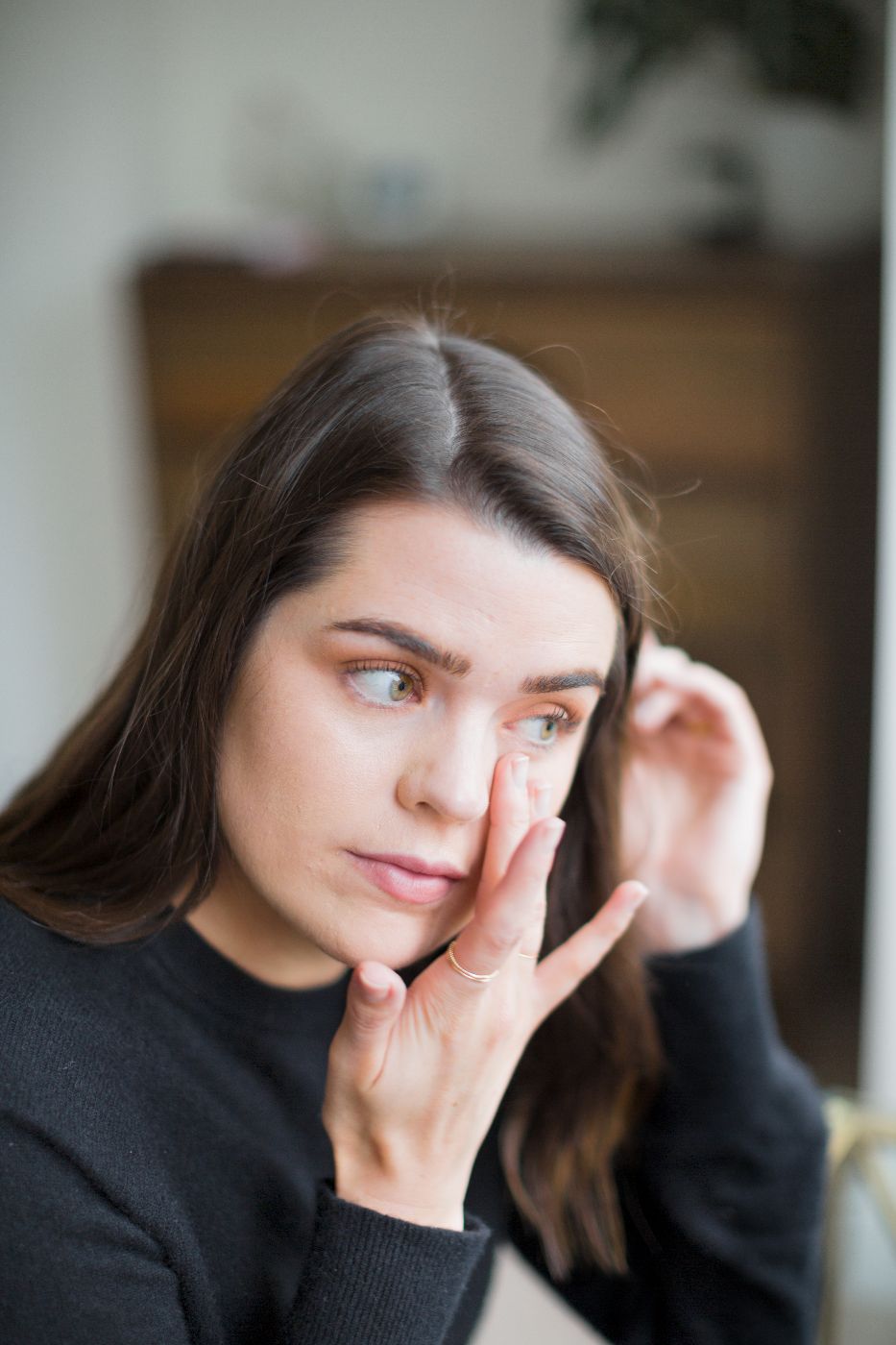 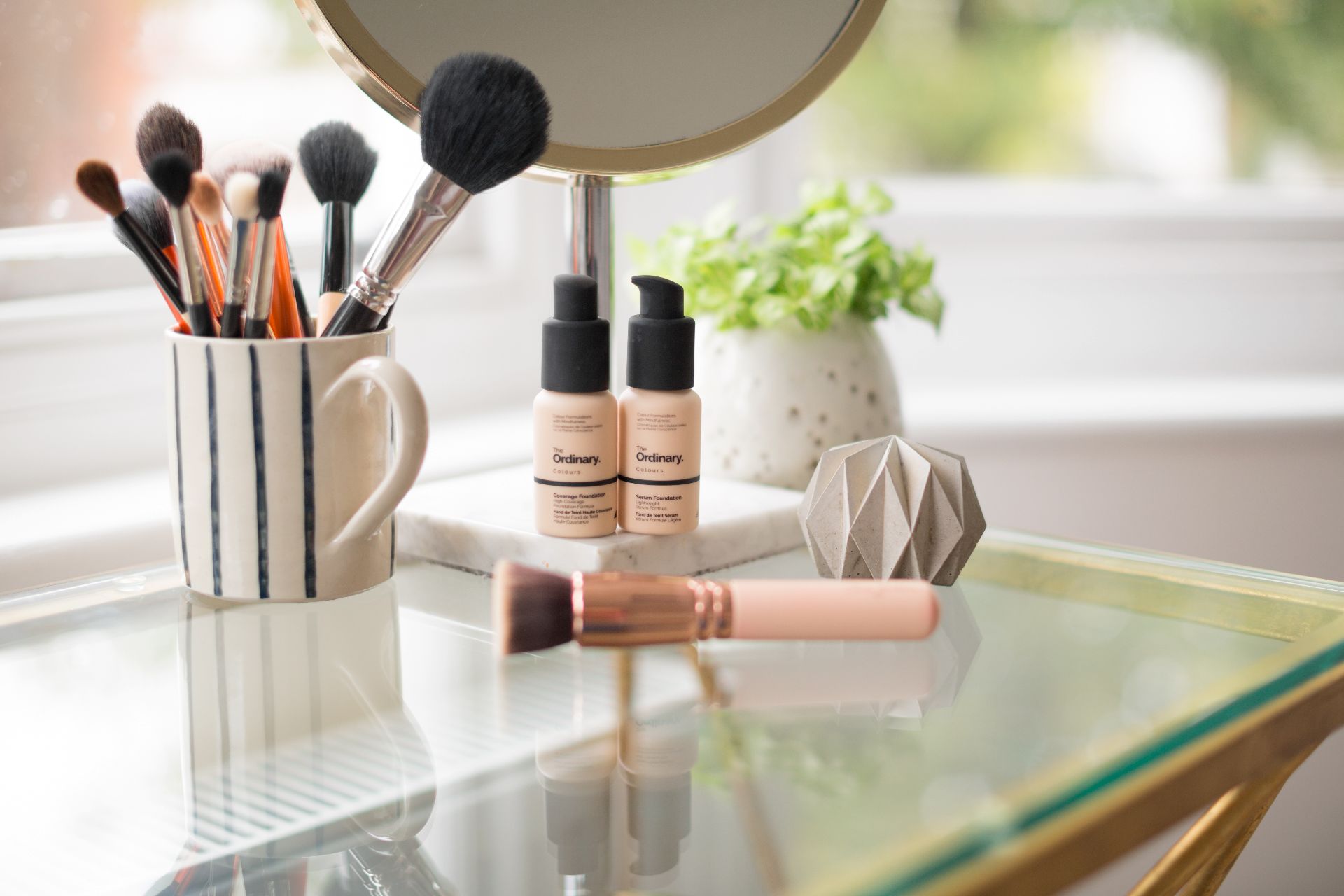 The Ordinary Coverage Foundation. It’s no surprise that out of the two current formulas in their line-up that this is billed as the high-coverage, full-on foundation option. This isn’t normally my cup of tea, but seeing as it was such a bargain I thought I’d road test it anyway and even though my suspicions were proved correct, I can still accept that lovers of full coverage foundation will completely lap this stuff up. The texture is thin and slippy, a bit like those serum-to-oil textures, so it glides on to the skin and never feels heavy. They haven’t just slapped ‘coverage’ in the name without reason here though, because damn – does this carry some serious pigment. It’s definitely one to get the right shade in because it’s not the easiest to sheer out. After application it’s almost like the liquid in the formula evaporates and the pigment is left behind – those with dry patches beware.

It’s not matte-looking per se, but it’s not particularly dewy either. It’s worth noting that Mark never normally comments on this kind of thing, but when I did try this out for the first time he said he could see that I was wearing foundation – so this might not be the best for the ‘no makeup, makeup’ look. If you’re dry then I’d say make sure you’ve primed and moisturised well, but those with oilier complexions will appreciate the dry-down. If you’re a fan of the classics in this category like Estée Lauder Double Wear, then this might be the cheaper dupe that could save you some serious dollar.

The Ordinary Serum Foundation. Just as I was writing this post I saw that a new review had gone up on this foundation on the CB site with the title ‘nope‘, so it’s worth noting that this isn’t going to be a winner for everyone. Damn I love the review function on websites. This is like the Coverage Foundation’s little, sheerer, more balmy feeling sister, a.k.a) it’s right up my street. I find this best applied with fingers, because a sponge tends to gobble it all up and again it’s pretty slippy and so a brush just moves it around instead of actually working it into the skin. It’s quick to apply, the colour match is spot on and the finish is skin-like, whilst evening everything out.

It’s most similar to the Glossier Perfecting Skin Tint, but it has just a little more oomph – the same amount of glow and radiance, but with a tad more coverage. It’s not much so for me it’s definitely one that I’ll pair with a concealer or reserve for CBA weekend brunches where I’ve sleepily just slapped this on my chops, but it’s a good one to have in the arsenal if like me you’re dehydrated and love anything that makes you look like you need to powder, but haven’t. Ain’t no blotting going on here! 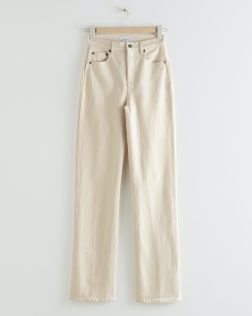 For the AW season I prefer an off-white denim, just like this. 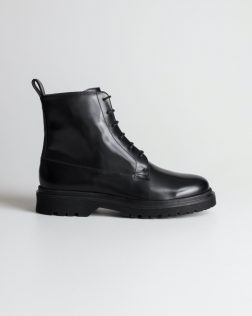 Very similar to the pair that I’ve had for two years from them. 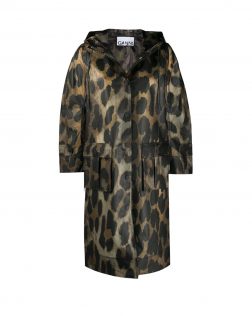 With a week of weather like last week, this is what you need.

I’ve worn this every single day for the past two months. 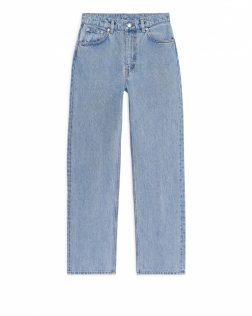 A simple cut. A simple style. A classic wash. 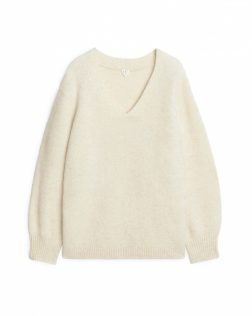 What a classic, right? If I bought this, I’d never take it off. 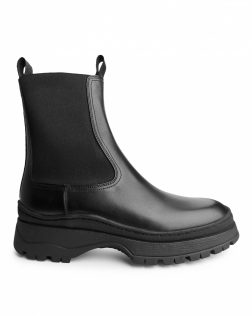 I never, ever thought I would dig the chunky shoe trend, BUT. 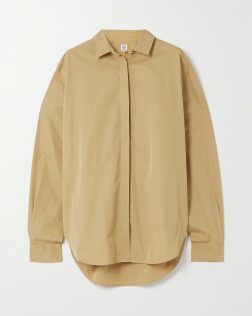 There’s something about this shade that I can’t get enough of.