This post contains affiliate links (denoted by a ‘*’) & gifted items (denoted by ‘gifted). You can read my full disclaimer here. 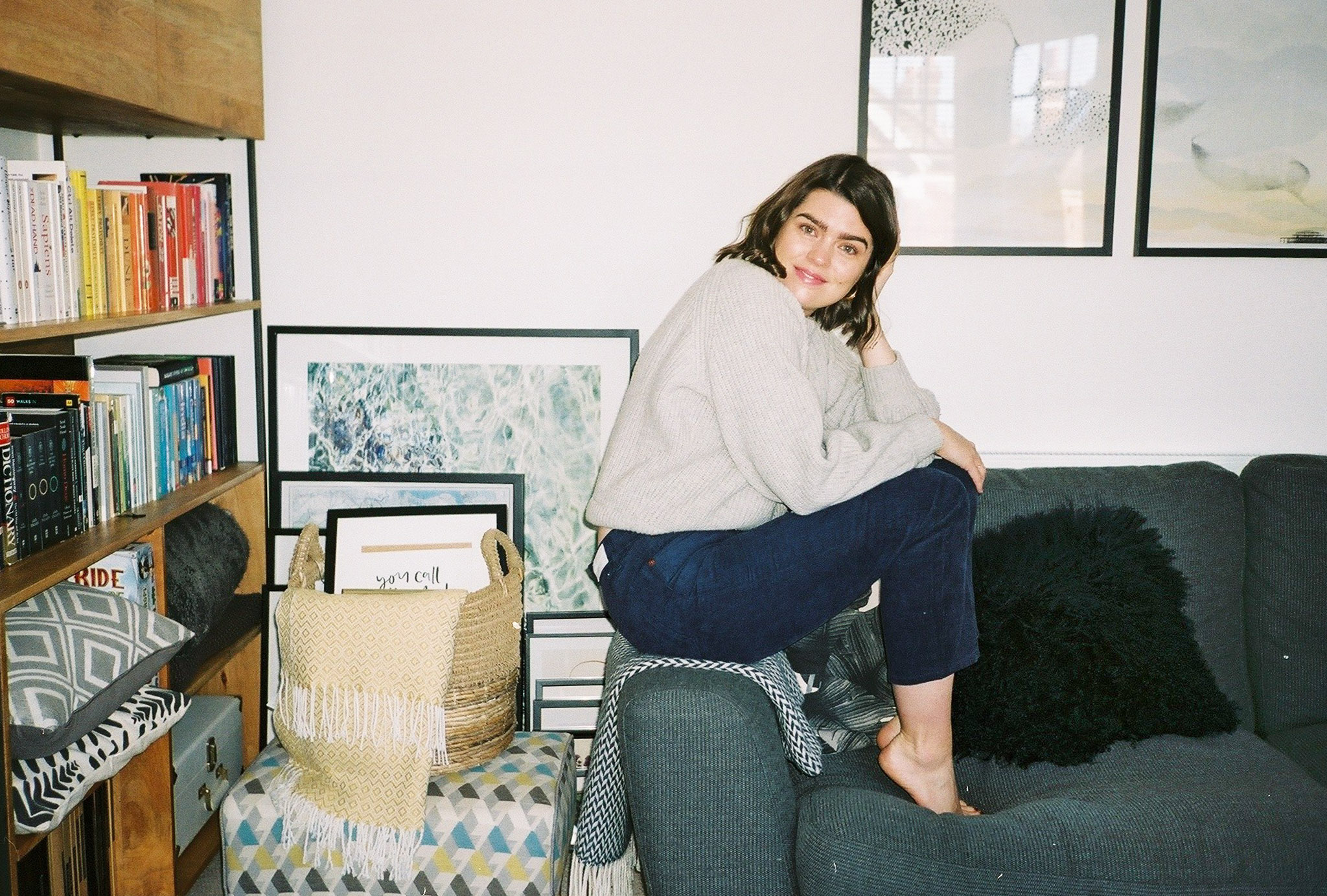 2019, eh? WHAT. A YEAR. I don’t think I’ve ever had a year quite like it. It’s been absolutely packed to the rafters, but I wouldn’t have it any other way. I’ve been able to travel the world to new countries I’ve never visited before, I spent three weeks with Mark having a once-in-a-lifetime trip in California and MY BOOK CAME OUT. It’s a year that I wouldn’t have been able to even dream of in my early twenties and I feel like one lucky lady that this is how I was able to see out the last year of it. Everyone in my life is happy and healthy and I’m so grateful for that and for you lot for stopping by here, saying hello and making this whole thing possible. So I thought today I’d round up the highlights of 2019; because even though the nitty gritty day-in-day-out can seem chaotic, once you zoom out, all you see are the good bits… 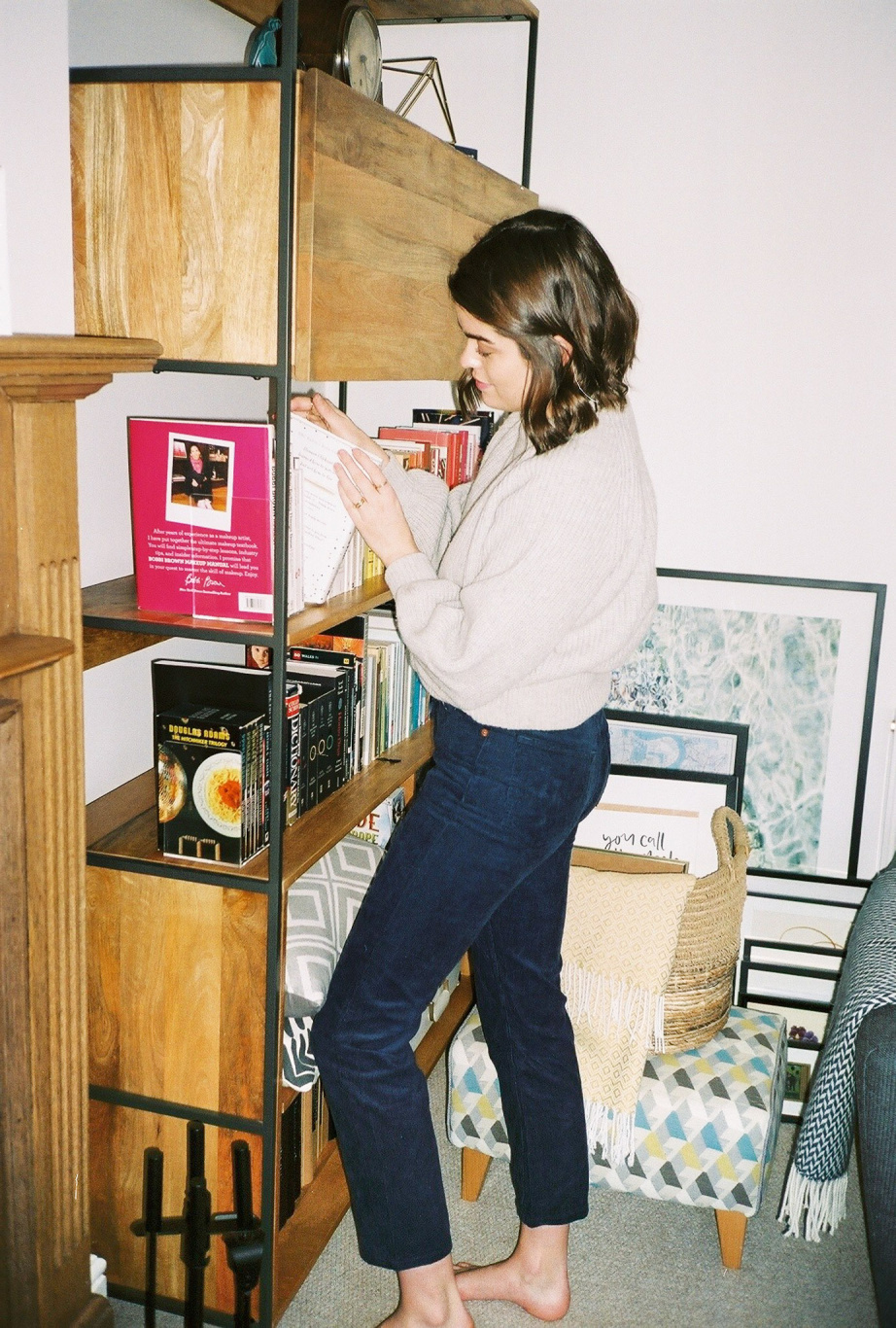 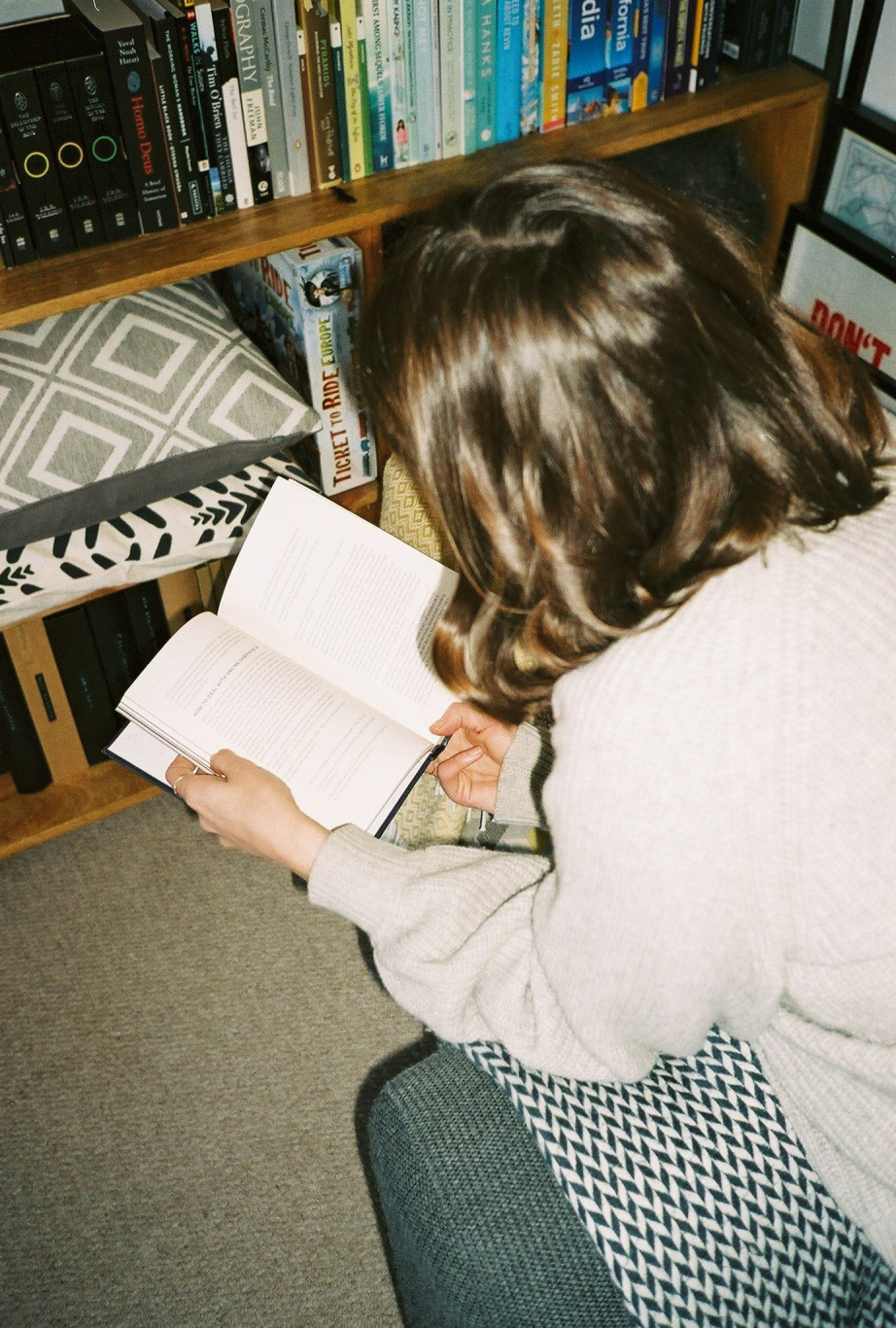 January was big. HUGE. Probably one of the biggest months I’ll ever have in my career. I’d spent about 15 months working on ‘An Edited Life‘ and now it was time for it to be birthed into the world. Launch day was surreal and seeing my book for sale for the first time with my parents was a moment for sure. I did podcasts galore, did press and was interviewed on live TV! I travelled the length and breadth of the county doing book events in London, York, Nottingham, Milton Keynes, Cambridge, Dublin, Bristol and Norwich; which absolutely terrified me at the start thanks to my fear of public speaking, but became second nature and something that I really looked forward to by the end of the whole thing. One of the best (if most tiring!), few weeks of life.

In February ‘An Edited Life‘ went INTERNATIONAL! I started the month by travelling to Toronto to stay with the kind and hilarious soul, Allana and do a book event there, which ended up being one of the biggest ones that I’ve ever done. So memorable and a huge thank you to Allana for hosting the event and being the best Q to my A. I got back and travelled to Bristol for my friend’s Birthday weekend where we ended up being the last people standing in a Vodka Revolution, need I say anymore? Then at the end of the month we went to Amsterdam where I did another book event, this time round with my friend Flora asking the questions, who was an absolute natural and once again I got to meet a tonne of you. A brilliant whirlwind of a month.

I still had some residual book tour stuff to do, so what else did I add onto my plate? THE DAILY EDIT; a month of putting up a video every single day. LOLZ. I actually really enjoyed the challenge and I’m thinking about doing it again in 2020 – would you be into that? So I vlogged my little heart out whilst doing events in Brighton, Canterbury, Glasgow, Edinburgh, Newcastle and the final stop, Manchester. Thank you so much to everyone who came to one of these book dates! It truly meant the world and I feel very lucky to have travelled all over to meet so many of you; all babes, the lot of you. Thank you for putting up with me as I lost my train of thought, turned beetroot red on stage and probably gave you a hot and clammy hug. THANK YOU.

I started the month of April off in Dublin on one of my best friend’s hen parties, which was such a laugh but if you ever have a plan a hen do for a group of 18 women then I applaud you and you have my serious well wishes because that s**t is hard. YOU CAN DO IT! Then the rest of the month was a blur. My sister has been travelling since the end of 2018 and asked if I’d like to meet here in Bali. Erm hello – yes please! So I booked us into an incredible hotel there and we spent the week having some sister bonding time and having some seriously incredible adventures. Then on the way back I went via Jaipur to work with Clinique which was UNREAL! I’d love to go back with Mark at some point. I’m pretty sure I spent the rest of the month sleeping. I jest. 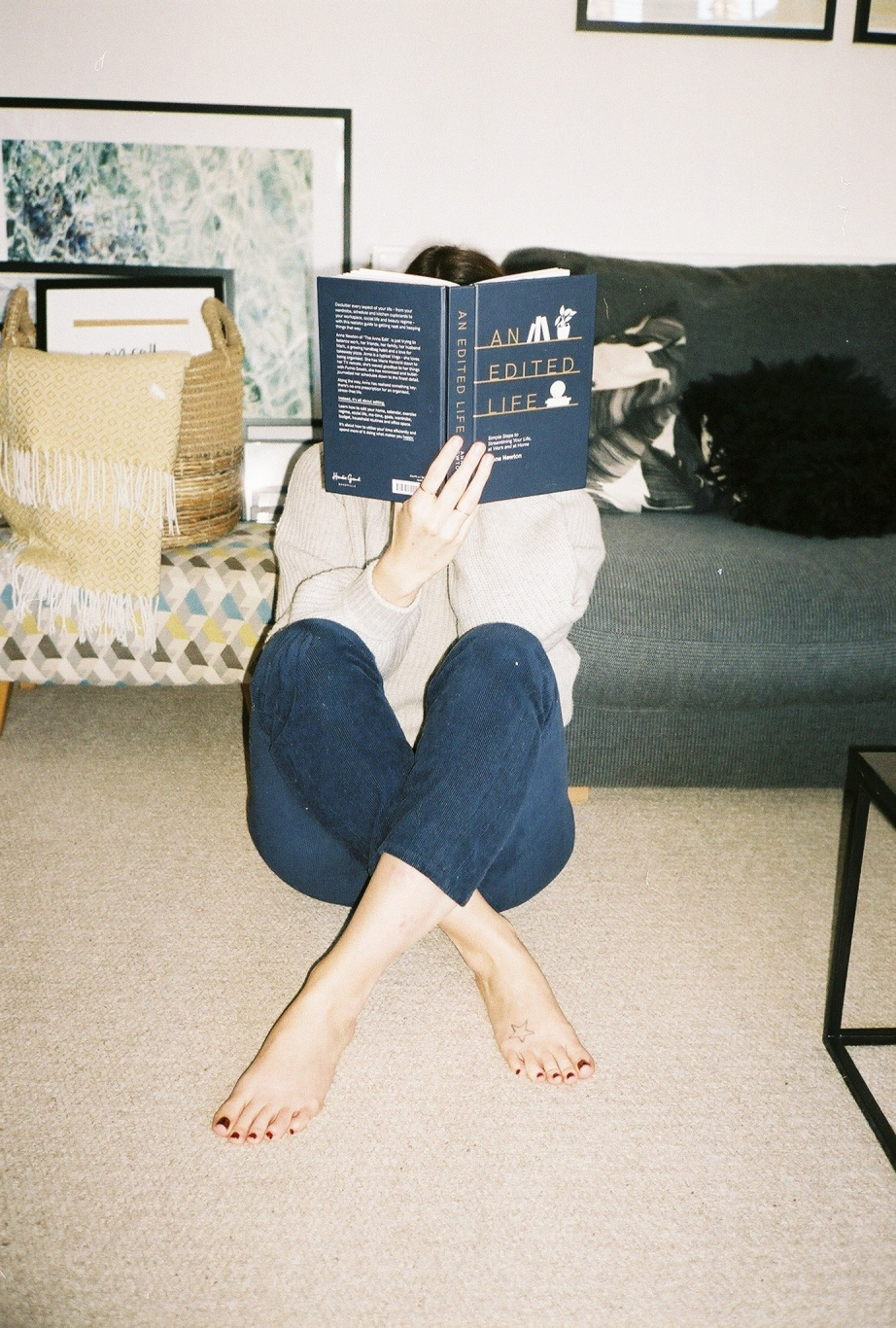 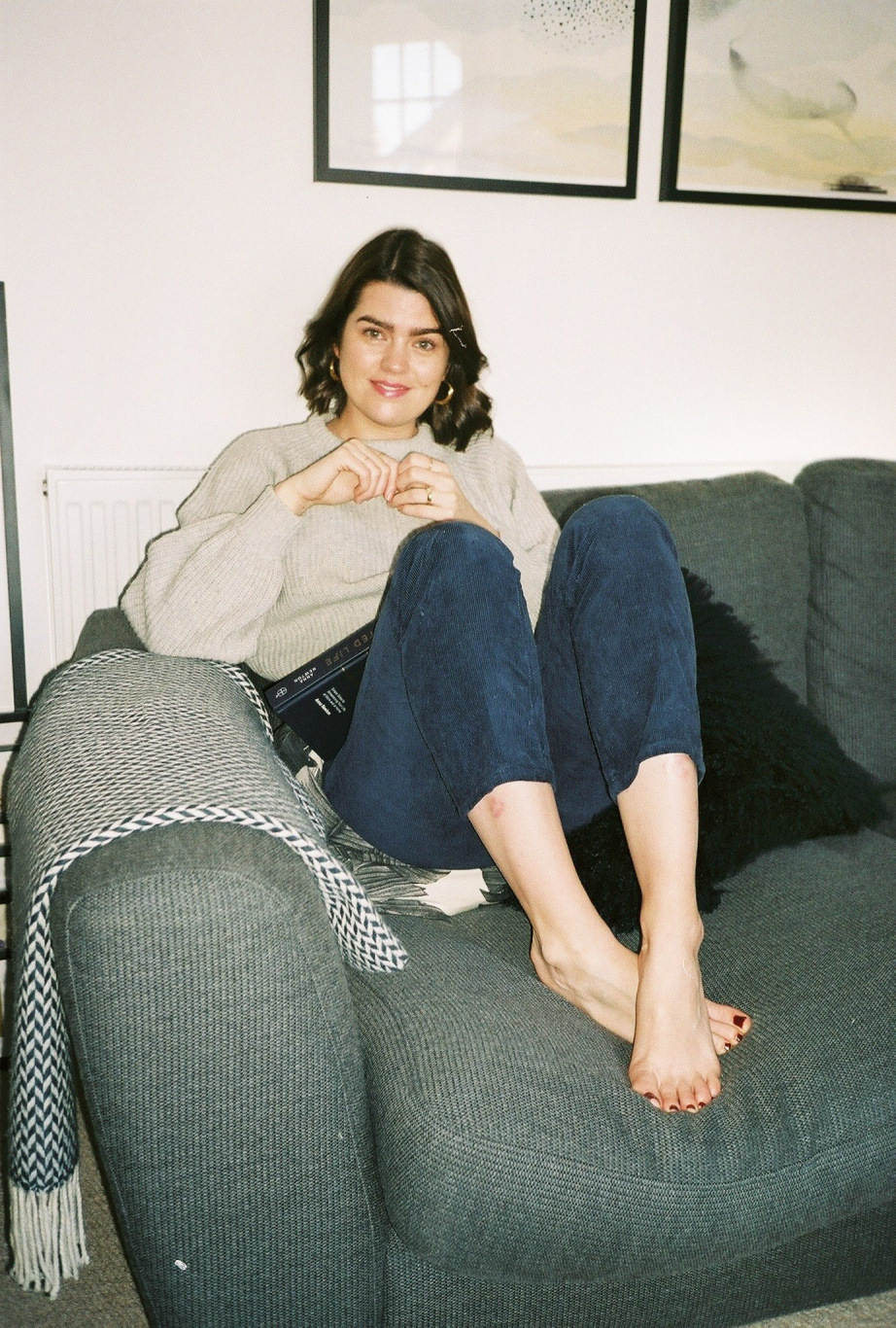 May was one of the best months of 2019. Mark and I had been planning a California road trip for yonks and this was the month where we finally put that plan into action. It was such a dream; from L.A, through the Sequoia and King’s Canyon National Parks, up to Yosemite, across to Sonoma then San Francisco and then down the Pacific Coast Highway making a few stops until we reached back where we started. Three weeks of absolute bliss (aside from the seriously bad cold that I had for the majority of the trip!). See the vlogs here, here and here. Through finding the links for those vlogs I just watched them all back to back and lost an hour of my day. OOPS. But that’s how much I loved it. A once in a lifetime trip that we’ll never forget.

June feels like a bit of blur when I look back at my calendar. Things really started ramping up work-wise which is obviously a great thing, but I had to do some serious rejigging and make some big decisions on my end to be able to accommodate it all. Big highlights include getting the chance to record with Katie Jane Hughes for the first time which was an absolute dream (she’s even nicer, funnier and more beautiful in real life which sounds impossible but is true), and a pasta making class (which we finally put to good use half a year later!). Oh and my eyebrows were absolutely massive which meant that 9/10 comments under every blog, Instagram picture and YouTube video was about them. Don’t worry by the end of the year I found my brow happy place 😉

The weather here in the U.K was pretty toasty in July, so I remember us getting a fair amount of beach visits in over lunchtime and after work; including our annual dip in the sea which is never as horrid and cold as you think it will be, but still takes you an hour to mentally prepare for. Our big visit this month came from our friends who live in Amsterdam who came to stay with us for a long weekend where we went for a walk along the South Downs with three types of homemade cake in our rucksacks thanks to my Mum, and had a BBQ in our other mate’s garden where I first discovered the Linda McCartney Burgers which are lush as hell.

Ahhh August was a fun one. I love Brighton in the summer so we had a good time down here and had one especially fab weekend hosting our two friends where we basically just at and drank solidly for two days celebrating their recent engagement (our dinner at Chard was so special and such a highlight of the month!). I also went to Berlin with Kiehl’s and Florence with NARS, the latter of which one of my best pals got to join me on. We’ve been friends since we were two and it was so lovely to spend time with her in one of the prettiest places I’ve ever been. The weather was lush, the company grand and the whole thing such a treat and so lovely to share with her. 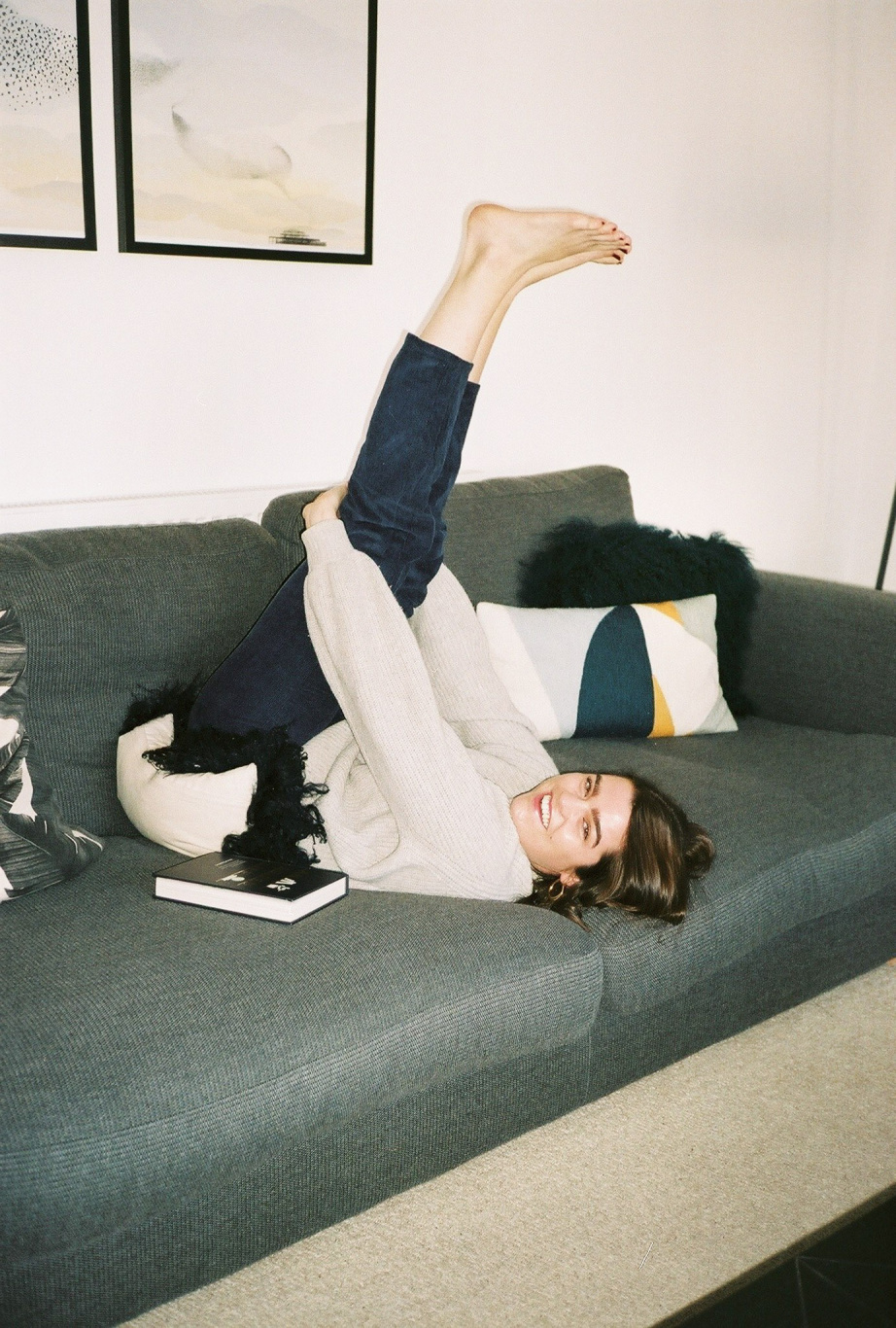 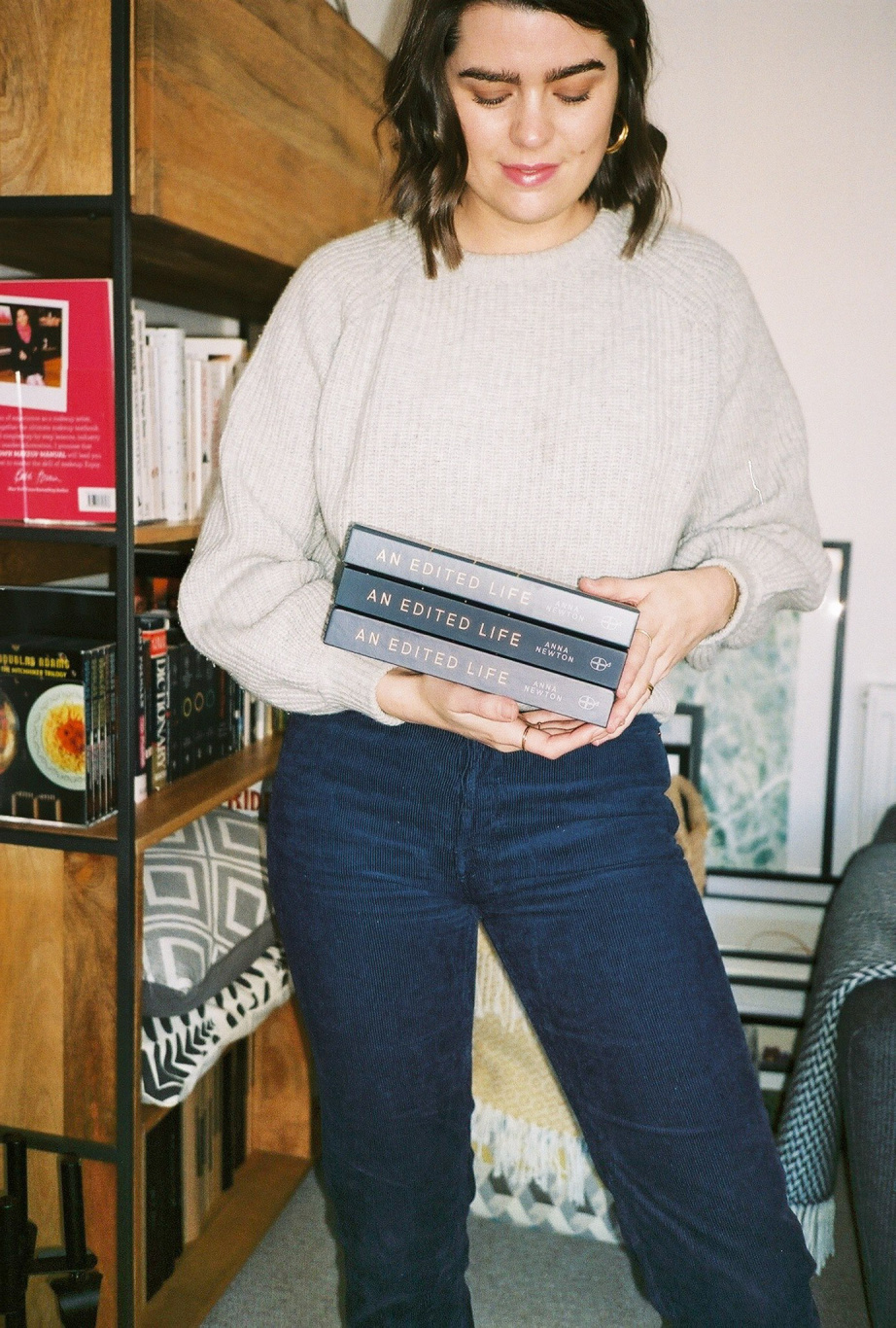 I TURNED 30!!! Earlier in the year Mark and I had planned a trip to Lisbon that was hitting our calendars right before my birthday, so we decided a few months before to extend our trip and visit Mallorca on the way home so that I’d be there for the big day. We had such a great day; super chill, lots of good food *and* a visit to the spa – how did I get so lucky? Aside from that it was a pretty chill one and a chance for us to get our heads down with work before the pre-Christmas rush.

In October I had one of the best night’s of my life. I’m not one to do much for my Birthday and in previous years it’s passed with any fanfare, but as it was my 30th I decided to go all out. Because my pals are very busy people I ended up having my party a few weeks after the big day, but it was everything I could have wished it to be and more. We filled the bath with beers, bought in a ridiculous amount of alcohol, filled a playlist with early 2000’s bangers and stuffed our faces with pizza. I didn’t get to sleep till 5am and now tequila and pineapple shots are notorious amongst our group of friends. I also had the chance to shoot with Katie Jane Hughes again (SQUEAL!) and went away for a week in Croyde Bay on Mark’s annual family trip there.

We started the month off in Amsterdam, visiting our two friends who live there and staying with them in their new abode which was lush as always (I’m still trying to get through the umpteen bars of Tony’s Chocolonely that I bought!). It was also the month where Mark and I took a day off work to look after our friend’s two year old to keep out with childcare and what a WILD ride that was. Huge respect to all and any parents out there as Mark and I were completely shattered by the end of our 9 hour shift. THANK THE LORD FOR PEPPA PIG (and Peppa Pig stickers). I wrapped up the end of November in Chicago which was grand; cold, but grand and I would love to go back with Mark someday.

I began the month by sleeping for 16 hours straight. You know when people say don’t have a big nap when you get off a flight because you’ll mess up your sleep? Yeah, that rule doesn’t apply to me. I LOVE BED. Really that set the tone for the month as overall it’s been a pretty chill one. Trips to London have been filled with fun and festive things and we’ve tried our best to see all our friends before we head to Birmingham to spend Christmas Day with Mark’s family, then we’re back to Brighton to spend Boxing Day with mine and then we’re off to New York to see in the new year with two of our greatest pals. What a way to see off one of the best years yet.

So that’s me signing off from these parts until 3rd January when the blog will be back and up running again and full of organisational steam I’m sure. My 2019 Makeup Favourites video will be up on the 29th December, so keep your eyes peeled for that, but until then thank you so much for checking in with ‘The Anna Edit’ – your readership and support is much appreciated! I hope you have a great festive season and sending you all the good vibes for 2020! See you on the other side… 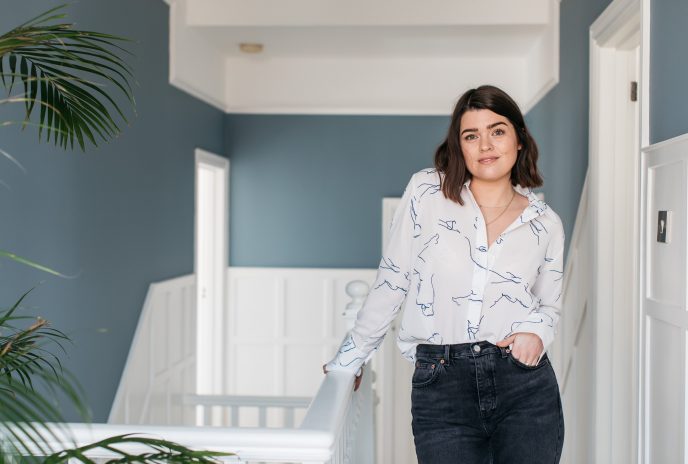 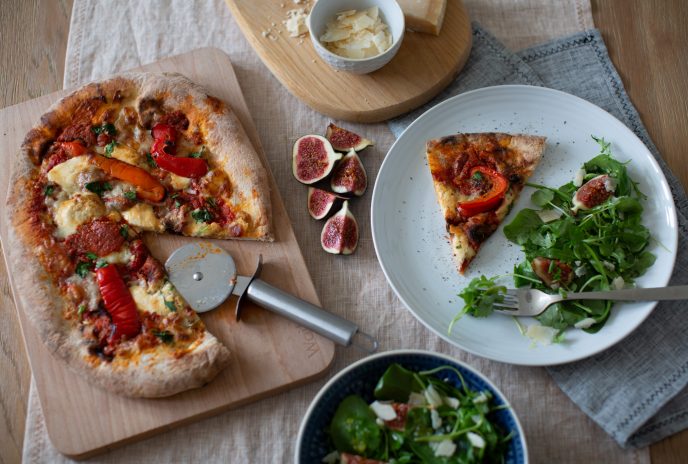 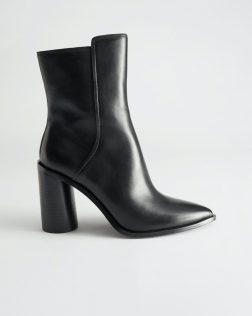 Could the shape of these boots *be* any chicer? I think not. 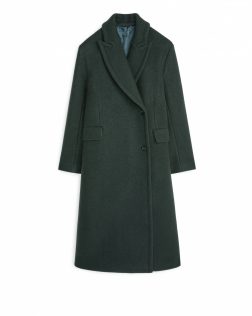 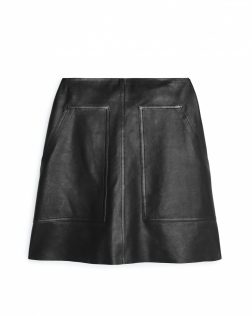 I’m always on the lookout for the perfect leather skirt. Is this it? 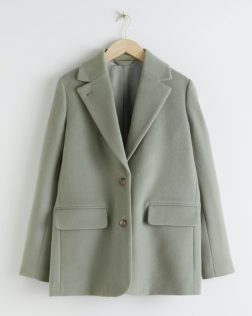 This is available in a tonne of shades, but I’m feeling festive green. 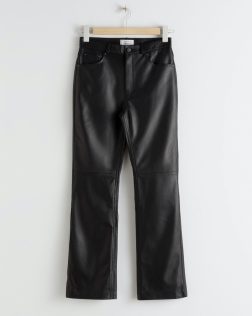 The comfiest leather trousers I’ve ever owned. HANDS DOWN. 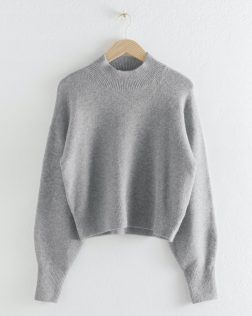 The closest dupe I’ve ever found to my favourite chunky knit. 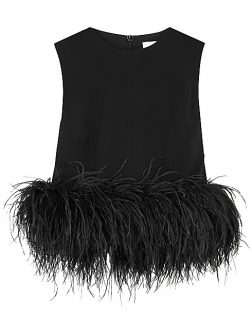 Perhaps the most ridiculous thing I’ve ever purchased. But I love it. 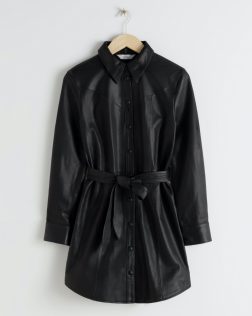 About as festive as I get these days. Tights, boots, this – done.