Drugstore lipsticks and bright lipsticks; two categories that I’ve really been digging recently. So why not lump them together in one post? I don’t know why it’s taken me this long. The aisles of Boots are surprisingly brimming with opaque, in yer face formulas you’re spoilt for choice. Though it’s taken me a while to wade through the funky Grandma (or even worse plastic-y) scented ones, the ones with shimmer, the ones that pop open in your bag and act as a magnet for all the popcorn dust that settles at the bottom and the ones that are just aren’t my cup of tea; but there are four that evade all those tick boxes and are well worth a look-in. Here are the deats:

The Body Shop Colour Crush Shine in 14 – the sheerest of quad so it goes without saying that it’s one of the easiest to wear, but also one of the brightest. A purple-toned pink, it looks terrifying but is surprisingly wearable, crack out a mascara/concealer/tidied brows face and be done.

Rimmel Moisture Renew Lipstick in In Love with Ginger – for me this is a classic red. With just the right levels of rouge and orange it’s warming tone does that whole ‘eyes brighter, teeth whiter, general all-round J.Lo glowiness’ thing. Have a quick google of swatches to see how amazing this looks on everyone. You’ll be sold.

Maybelline Coloursensational Vivid Lipstick in Shocking Coral – now boy have I stumbled across some good’uns in this range. Everytime I revisit Boots (a more often occurrence that I’m willing to admit to), I’m tempted to pick up another. This shade is unlike any other I own – a salmon, warm pinky coral – and I have no complaints about the formula. It’s creamy enough not to leave your pout looking like a prune, but dry enough to pack in some serious longevity.

Maybelline Coloursensational Vivid Lipstick in Electric Orange – my second ‘Vivid’ from Maybelline and perhaps my favourite of the four. Don’t be fooled by the orangeness in the picture as it’s actually very red looking in the flesh. It’s like if a classic red and a neon orange had a lipstick baby and I love it.

Of course there’s not just four in the whole of the highsteet, but I’m just working with the one set of lips I’ve got here. So feel to free to leave your tried and tested suggestions for loud, proud and most importantly bargain bold lip loves.

P.S) Apologies if this piece was a little off, but there have been two men arguing in the street right outside my window about ‘Bev’ throughout the entirity of me writing this and I’ve been desperately trying to fight my nosey neighbour tendencies. WHO’S BEV?! 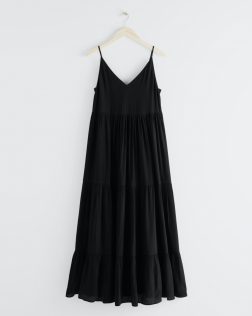 A dress that you could literally wear for any occassion.

Adore the fit of this t-shirt. It really keeps the structure.

Under a tenner and available in a lot of neutral shades. 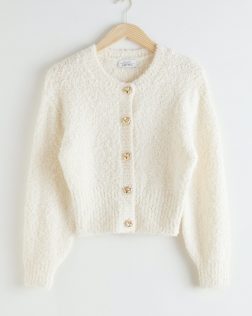 A nice little number to throw over your shoulders. 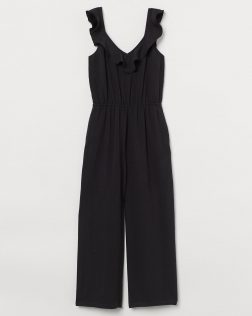 I love me a ‘basic with a twist’ black jumpsuit. 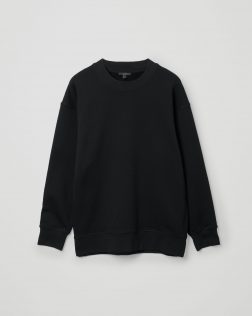 Such a simple piece, but with jeans and Tevas? Lush. 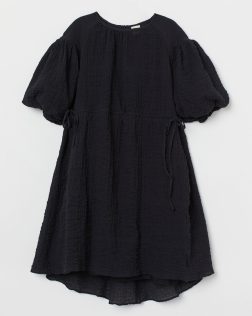 A dress that’s under £40 that looks about 5 times the price. 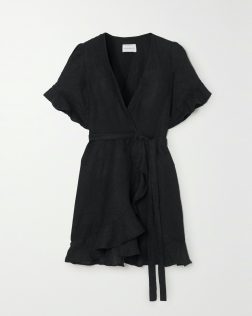 So similar to my black wrap dress that I feel so fancy in.