I just love starting 2017 with a post that’s stuffed to the brim with clichés – so here we go. Firstly, I hope you all had a fun and safe New Years. At the time of writing this post I have no idea what our plans are, but I’m secretly hoping that they include a binge-watch of Alan Partridge, Baileys on ice and then a 10.30pm bedtime because I’m a Grandma and I’ve had my fair share of vodka and Red Bull NYE’s where I had to go and stack shelves at 11am the next day and spend the whole eight hours wondering if I vomitted in a corner if anyone would notice. I know. Would you believe it? I actually used to be quite wild.

I say this every time, but I really enjoy new year. I like the whole ‘turning over a new leaf, starting afresh’ thing, getting myself a new notepad – you know the drill. Especially as someone who creates content pretty much 24/7, it’s nice to take stock of everything that’s happened in the past 12 months and have a think about what direction I want to take next.

In today’s video I’m sharing my New Year’s resolutions for 2017, but I also thought it was worth giving you my goal-setting tips which I used when making last year’s ones – which I actually managed to keep (kinda). Here’s how to create realistic resolutions that you’ll actually manage to stick to past January 4th… Break them down. Sometimes you just have to have a starting point. I try not to make too many resolutions, but I do like to slice them up into categories so they’re easy to remember and that way I feel like I’m giving enough TLC to all aspects of my life. So I break them down into: personal, career or business, fitness and financial.

SMART goals. You’ve heard this one before but it’s a goodie. Make sure you keep things S.M.A.R.T – specific, measurable, achievable, realistic and time managed. Last year instead of adding ‘get fit‘ to my list I put ‘be able to one unassisted chin-up‘ (side note: I’m still working on it). That way you’re working towards one specific goal instead of an overriding aim that you’ll never really know if you managed to ace it. Seeing is believing. For the past year I’ve stared at my new rear’s resolutions most days. I pinned them up next to my computer and so they were there, they were present and I was constantly reminded of them. This time round I’ll definitely be doing the same. If I hadn’t done that I don’t think I would have been able to tell you what my resolutions even were by February. Have them somewhere easily visible so you’re reminded every now and again of your aims, so they’re not out of sight and out of mind.

Be nice to yourself. Try not to restrict yourself or set aesthetic goals, instead be kind to yourself. Give yourself a pat on the back for where you’re at now in your life and focus on inclusion. Instead of ‘cut out all sugar‘ which in turn might make you dream about those little sugar cubes that they have on the table in greasy spoon cafes (YUM!), why not try ‘aim to consume more healthy, nutrient-rich foods‘ and it might not make sucking on a sugar cube seem like such a good idea. Emphasis on the might. 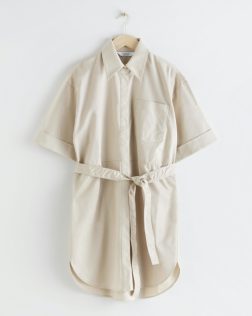 Buy it now and wear this dress all the way till the end of summer. 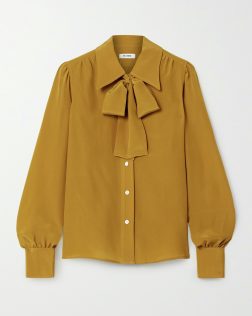 A seventies throw-back that would be perf with a pair of jeans and heels. 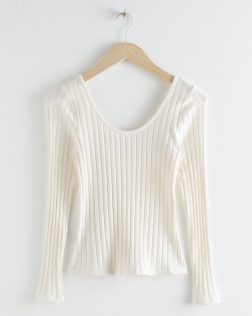 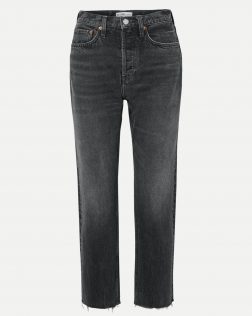 I have these and the wash on them is perfect for this time of year. 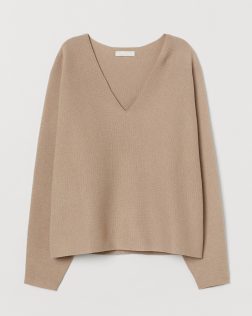 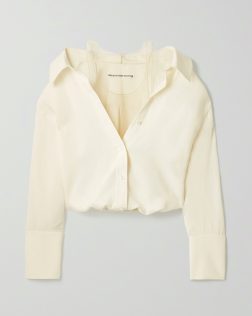 I’m sure this would look like loo paper on me, but it looks SO CHIC. 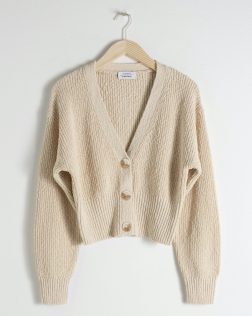 Yet another piece from Stories that looks like a super designer piece. 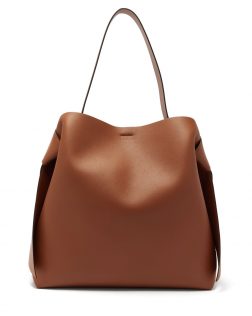 Acne Studios are just hitting it out the park with their bag selection. 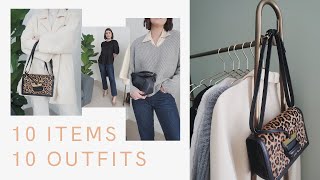 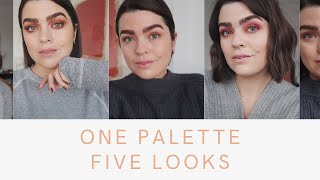 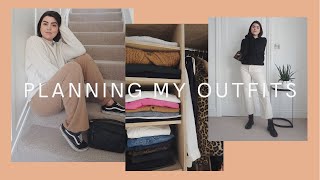